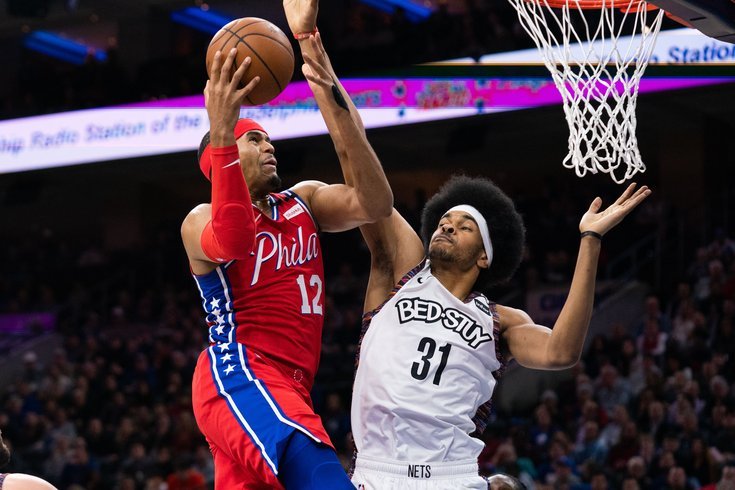 Sixers fans will celebrate Pride Night at the Wells Fargo Center with the Brooklyn Nets come to Philadelphia on Thursday, Feb. 20, 2020. The night will be filled with festivities honoring the LGBTQ community.

The Philadelphia 76ers will host a special Pride Night at the Wells Fargo Center on Thursday night as the team returns from the All-Star break against the Brooklyn Nets.

In partnership with Giant Food Stores, the Sixers will present a night of celebration for the LGBTQ community, including a pre-game networking event for local leaders to strengthen bonds in the city and beyond.

“We are thrilled to host Pride Night tomorrow as we celebrate inclusivity and our fans and friends in the LGBTQ community,” Philadelphia 76ers president Chris Heck said. “Alongside Giant, we’ve built a fun night of activations and festivities that bring together leaders in both the local and national LGBTQ community. This is another incredible opportunity to come together through the power of sports to support equality and inclusion.”

Fans who attend Thursday night's will see Pride signage, LEDs and apparel throughout the arena. The first 5,000 fans to arrive also will receive a co-branded 76ers-GIANT pride rally towel.

At the main concourse, the Valley Youth House will host an LGBTQ Resource Table. Nearby, two 16-foot Pride banners will be signed by fans for later display on the Sixers float at the 2020 Philly Pride Parade in June.

Throughout the game, the SIxers will recognize various LGBTQ nonprofits and recognize individuals who play an important part in representing the community.

The Sixers will take on the Nets at 8 p.m. Thursday on TNT.