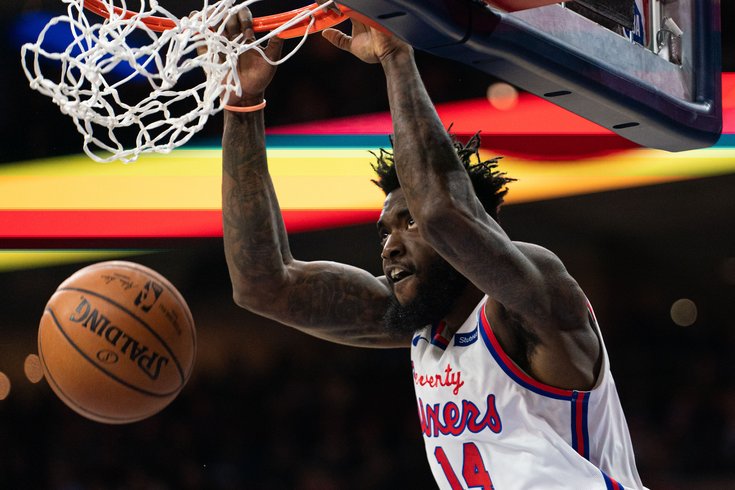 As the starting five still looks to try and figure out its identity, the Sixers are reportedly altering things a bit on the margins.

Yesterday, after trading for reserve shooters Glenn Robinson III and Alec Burks, the Sixers sent James Ennis III to the Magic for a draft pick. They also cut ties with Trey Burke, the teams' sometime back up point guard.

Another move came Friday, as the team looks to be ending its relationship with Jonah Bolden, in favor of Norvel Pelle, who will sign an NBA contract.

The #sixers are waiving Jonah Bolden and signing Norvel Pelle to an NBA contract, per source. Pelle, 27, made 14 appearances for the Sixers this season under a two-way contract, averaging 2.5 points, 3.6 rebounds and 1.5 blocks in 11.6 minutes per game.

Bolden has been with the Sixers for two seasons since being selected 36th overall in 2017. The big man showed promise as a rookie but never broke through to earn a consistent role — and was relegated to mostly Frosty Freeze-out duty in his second season as he appeared in just four games in 2019-20.

His spot was more or less conquered by fan favorite Pelle, who has earned an NBA roster spot thanks to providing a dynamic spark off the bench during his 14 appearances with the Sixers, earning a promotion from his two-way role when the season began. He is a true journeyman, and at 27 has bounced around between the 87ers, and pro basketball teams in Taiwan, Lebanon and Italy.

Interestingly, with Bolden and Ennis now out of the picture, the team looks like it will indeed hang on to Kyle O'Quinn — at least for now. They may need another roster spot sometime down the stretch if they try to add a buy-out player this spring.