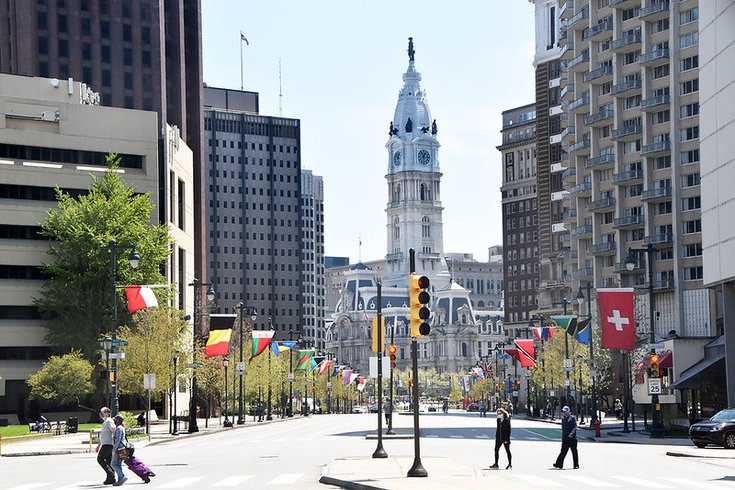 Health experts continues to stress the importance of social distancing as states gradually move through the reopening process during the COVID-19 pandemic.

A pair of recent studies show that social distancing and stay-at-home orders are effective, having prevented 60 million coronavirus infections in the United States.

When social distancing peaked on April 12, movement among black people had dropped nearly 59% compared to the average distance traveled prior to the pandemic. Among white people, movement declined by 56%.

Social distancing followed similar trends among people of both races. Black and white Americans increased social distancing efforts after the World Health Organization's pandemic declaration and then reduced them after the White House announced reopening guidelines in mid-April. Both groups moved around more on weekends than during the week.

The study didn't explore why there was such a difference along racial lines.

But black people have been among the hardest-hit by the coronavirus. And civil rights experts say law enforcement has been more strict in black neighborhoods than in white communities.

An NBC News report found that people of color, the homeless and residents living in low-income neighborhoods were more likely to be arrested for social distancing violations and physically taken down by police. The report highlighted specific incidents in Philadelphia, Chicago and New York City.

In New York City, about 81% of all social-distance-related citations issued between mid-March and mid-May were given to black or Latino people, despite the fact that they only make up about half of the city's population.

By contrast, the report notes white people have been free to sunbathe, picnic and crowd together in small swimming pools. Plus, the mostly white, anti-shutdown protesters had few interactions with police.

In a survey conducted by the NAACP, the African American Research Collective and the Yale School of Medicine Equity Research and Innovation Center, almost 60% of respondents who were black said they believe police are not enforcing social distancing orders equally.

These reports reinforce broader racial concerns over policing. The excessive use of force by police has been scrutinized since the death of George Floyd, a black man who died in the custody of Minneapolis after a white officer put him in a choke hold, with his knee of Floyd's neck, for nearly nine minutes.

Black Americans have been disproportionately affected by the coronavirus, another possible reason why they are being more vigilant at practicing social distancing.

Across the country, deaths among black people from COVID-19 are almost double what would be expected based on their share of the population, according to an NPR analysis. Latinos also also have been inordinately impacted by the virus.

The disparity is particularly startling in Wisconsin, where black patients account for 27% of all COVID-19 deaths, but only 6% of the state population. But there are wide disparities in many other states, too.

In Pennsylvania, black residents account for 29% of the roughly 32,800 COVID-19 cases in which racial data was documented. They comprise about 20% of the state's COVID-19 deaths. But they make up only 12% of the state's population.

In Philadelphia, 45% of the city's COVID-19 patients are black people and about half of residents who have died from coronavirus are black. Although, the city does not have racial data for 22% of its cases. Black people make up about 44% of the Philadelphia's population.

Compared to the white population, black people have higher rates of underlying conditions like diabetes, heart disease and lung disease, which have been linked to more severe COVID-19 cases. They also have less access to quality health care and are more likely to hold essential jobs that increase their risk of contracting the coronavirus.

"We know that these racial ethnic disparities in COVID-19 are the result of pre-pandemic realities," Dr. Marcella Nunez-Smith, director of the Equity Research and Innovation Center at Yale School of Medicine told NPR. "It's a legacy of structural discrimination that has limited access to health care and wealth for people of color."

In the study posted to medRxiv, which has not yet been peer-reviewed, the researchers wanted to see how social distancing practices were affected following three major milestones: the WHO's pandemic declaration, the White House's announcement of "Opening Up America Again" guidelines and several states reopening during the week of April 27.

Overall, social distancing increased significantly until April 12, when it began to drop off at a rate similar to its rise. The peak came just before the Trump administration unveiled reopening guidelines. By early May, the number of people social distancing had dropped even more, particularly on the weekends.

Researchers found counties more vulnerable to COVID-19 generally social distanced less and had greater differences between weekday and weekend mobility. Researchers suggested structural barriers, like higher rates of employment in some industries, may have driven that trend.

"Both signaling of a policy change and implementation of a policy are important factors that seem to influence social distancing," the researchers wrote. "The variation in behavioral drivers including vulnerability, race, political affiliation and employment industry demonstrates the need for targeted policy messaging and interventions tailored to address specific barriers for improved social distancing and mitigation."