Social media tripping up 'The Bachelorette' contestants before filming begins

Tweets are coming back to haunt some would be romancers 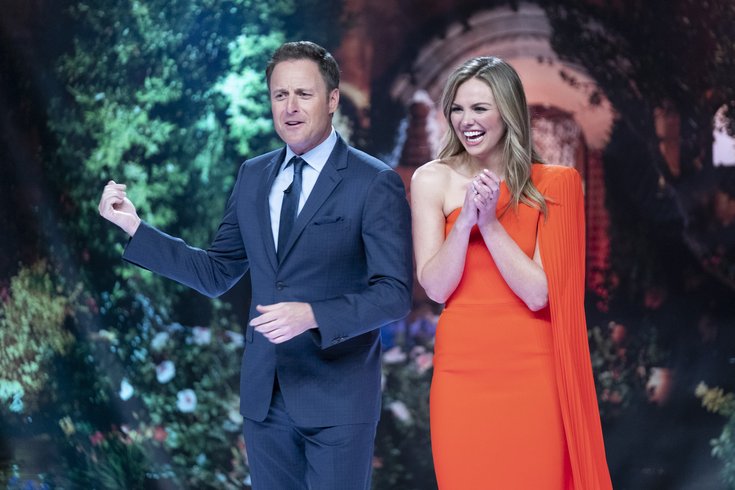 Hannah B is the new 'Bachelorette.'

For the first time in the history of any Bachelor Nation TV show, several contestants were eliminated before stepping out of the limo on night one. Why? Poor social media history.

Imagine going through the many rounds of casting to be on the most popular reality TV shows of all time. You passed initial phone screeners, possibly attended an “American Idol” like audition where you likely waited hours in line, were flown out to Los Angeles to meet producers and finally were lucky enough to be one of the 30 men selected to be on “The Bachelorette.”

You likely quit your job (or at the very least took an unpaid leave) and up end your life for a chance at finding your soulmate. You spent hundreds, if not thousands, of dollars on new clothes to put on your best Cristiano Ronaldo impersonation. You told your closest family and friends you were going to be famous.

Then all of a sudden, the day before filming begins, you find out you’re no longer welcome on the show due to your poor social media history. From the highest of highs, to the lowest of lows.

In an attempt to clean up its reputation, “The Bachelorette” released the official cast photos and information earlier than it ever has before. The reason? So the Sherlock Holmes of Bachelor Nation could dig up dirt on contestants before they start filming.

In the past couple of years, the show has taken a lot of heat after it was revealed many contestants had some horrific social media histories. Unfortunately, the show films months before it airs, so by the time any news of these social media behaviors arose, it was too late.

The most widely known social media scandal came from the winner of season 14 of “The Bachelorette,” Garrett Yrigoyen. It was discovered he liked various racist images and mems on Instagram prior to being casted on the show. He was forced to break his silence while the show aired and released a statement on his Instagram account regarding the allegations.

But that wasn’t the only one. Tracy Shapoff from season 23 of “The Bachelor” had tweets from 2010 resurface for fat shamming individuals. They have since been deleted.

The list goes on. Maquel Cooper from Arie’s season of “The Bachelor” posted an image of her in brownface on Instagram. Lee Garrett from Rachel’s season posted racist comments on his Twitter account in 2015 and 2016.

The franchise is clearly aware it is a problem that is not going away. ABC Senior VP Robert Mills told Entertainment Tonight that, “we’ve made a really, really big effort to make sure things like that don't happen, and we start scrubbing social media accounts.”

But the issues run much deeper than harmful social media posts. Many previous contestants have had run-ins with the law and or have been accused of sexual harassment, particularly on last season of “The Bachelorette.”

Chris Randone from Becca’s season was accused of being verbally abusive by Becca and fellow contestants while on the show. Lincoln Adim, from the same season, was convicted of indecent assault and battery for groping and assaulting a woman on a cruise ship. Leo Dottavio, again from Becca’s season, was accused by multiple women of allegedly harassing them and making unwanted sexual advances in the past.

The franchise has clearly had enough and realized they couldn’t continue to cast bad people. As a result, several men on the current season of “The Bachelorette” were eliminated prior to filming even commencing.

Matt Dione was one of those contestants as DMs from his Instagram were made public from the past two years of him harassing a female.

This guy used to dm me on insta consistently for like 2 years and now he’s a contestant on the new Bachelorette lmao pic.twitter.com/bhUuZsTKQG

Joe Romeo was also eliminated due to anger issue accusations. He released the following videos after being cut.

(SPOILER): Joe Romeo didn’t end up making the cut for the show. Here’s a video he sent out as to why. Had to split it up into two videos: pic.twitter.com/BdzFaU3xr9

Sammy Maniscalco dropped out before filming. It’s rumored the reason is because an “embarrassing” video re-surfaced of him rapping with the Bradley Braves basketball team.

Other contestants that were cut before night one of filming, for unknown reasons, were Thomas Stanton, Joe B. and Ryan Spirko (who is from Philadelphia). The franchise typically does over cast for the shows, and pretty much always cuts a few contestants for a number of reasons prior to filming episode one, so it’s very likely these three contestants were not cut for  poor social media pasts. But nonetheless, a record six contestants were not even permitted to perform the iconic limo entrance on “The Bachelorette.”

As I discussed in my season 23 recap, social media is going to play an enormous role in the franchise for the foreseeable future. From fans live tweeting, to contestants making a living off of branded endorsements, to recruiting and vetting contestants for the show, social media is very much part of the fabric of Bachelor Nation.

“The Bachelorette” has clearly taken the proper steps to ensure quality men appear on this season. We will see how long that will last, and if any contestants slip through the cracks when the show airs on ABC on May 13.