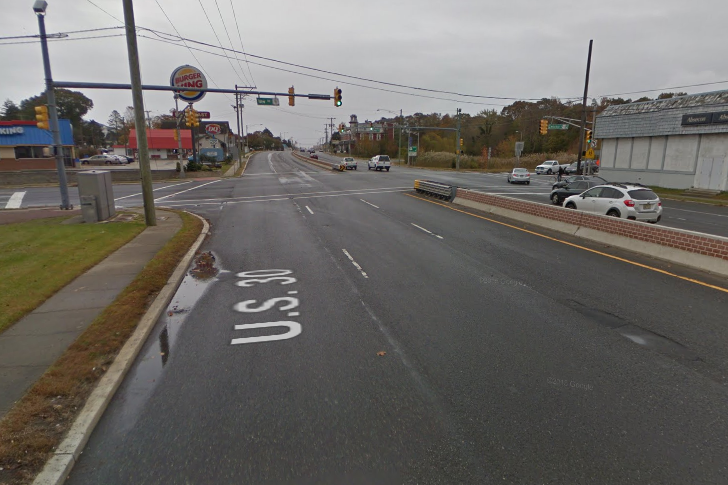 The intersection of Routes 9 and 30 in Absecon, New Jersey.

An investigation is underway after a man was struck and killed by a vehicle in Atlantic County, New Jersey.

The incident occurred Saturday around 4:15 a.m. near the intersection of Route 30 and Route 9 in Absecon.

Authorities reached the scene and found that 26-year-old Kyle Marcy, of Galloway Township, was hit by a vehicle. Marcy was rushed to AtlantiCare Regional Medical Center, City Campus, where he was pronounced dead.

The victim was a passenger of a silver 2015 Kia Forte and exited the vehicle at the intersection. Shortly after, the victim was struck by a vehicle that stopped briefly before leaving the scene.