Michael Lloyd, of Centre County, was at the end of the 81-year-old neighbor's driveway when opened fire attempting to shoot a deer standing a top a hill, according to investigators 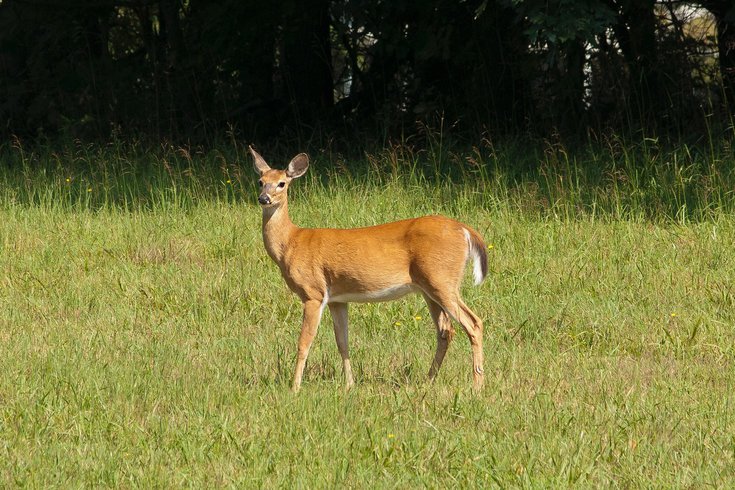 Michael Lloyd, 30, of Boalsburg, accidentally shot his 81-year-old neighbor in the head while aiming for a deer standing on a neighbor's State College, Pennsylvania property on Dec. 4, 2021. Lloyd is charged with recklessly endangering another person and related offenses.

The Centre County man who allegedly shot his neighbor in the head in State College in December, wounding the man, while attempting to target a deer in the distance, now faces criminal charges.

Michael Lloyd, 30, of Boalsburg, and his friend were returning home from a hunting trip on Dec. 4 when they thought they spotted a deer on a hill. Lloyd stopped his truck at the bottom of his neighbor's driveway and fired two or three shots with a .45mm handgun, police said.

When Lloyd drove home, he looked over to his neighbor's property to find the deer, but only found a dog in a hunting vest and his 81-year-old neighbor on the ground, according to investigators.

State College police were called to the property on Lenape Lane for a report of a man with a head wound. Officers found Lloyd and another man, both dressed in orange hunting gear, tending to the neighbor's injuries, WJAC reported. Lloyd used a towel to try to keep the his bleeding under control until an ambulance arrived.

Lloyd was charged last week with recklessly endangering another person, shooting and injuring a person while hunting and related offenses in connection with incident, according to court records.

Pennsylvania Game Commission officials who responded to the scene said the area where Lloyd allegedly fired his gun is obscured by brush that would have made it difficult for him to see the rest of his neighbor's driveway. The man who was shot was stuck about 140 yards from where shell casings from Lloyd's weapon were found.

The neighbor reportedly was taken to UPMC Altoona and had a piece of his skull removed while in the hospital. There were no available updates on his condition.

Lloyd's preliminary hearing for is scheduled for March 2.