Stocked up on groceries without snow? Now what?

Recipes to make use of those snow day essentials

Unless you live under a rock - or in a window-less home - you’ve heard that the blizzard was kind of a bust.

If you're one of those prepared people who hurried to the grocery store to stock up on enough bread, eggs and milk to feed a high-school football team, as well as a few too many bottles of alcohol, then you're probably wondering what you're going to do with all of that now unneeded stuff.

(OK, you may not be wondering what to do with the alcohol, but refer to the end of this post for some clever snow day cocktails.)

Thanks for nothing, French Toast Alert System. 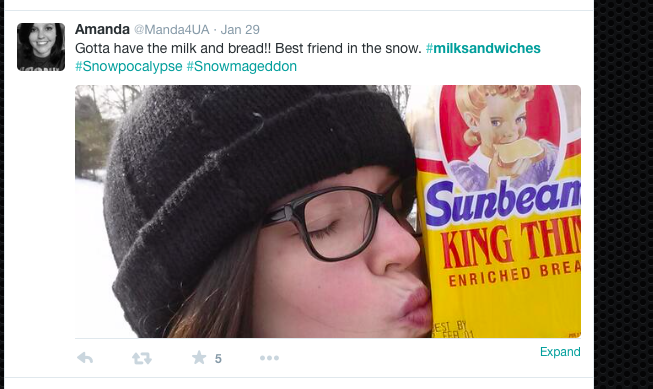 So your fridge and pantry are stocked with the three essentials: bread, milk and eggs, but now you realize you no longer have to make all of your meals yourself, since ordering out and drive-thrus are back on the table. 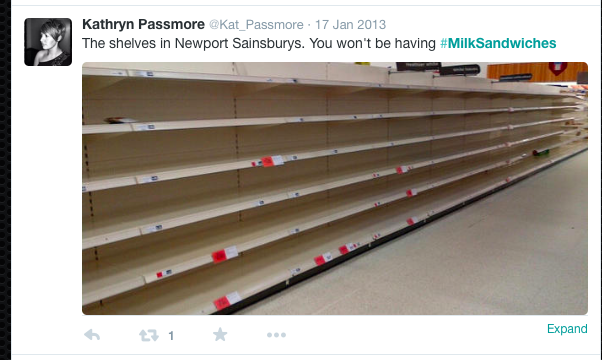 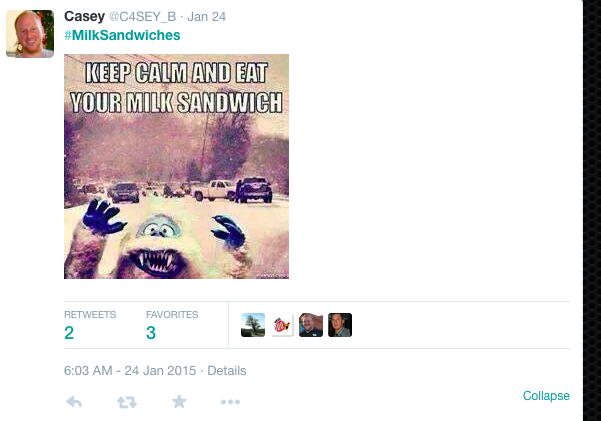 The natural decision is to make some awesome French toast, but if you're looking to spice up this sorry excuse of a snow day, here are a few more creative recipe ideas that make use of the snow food trinity.

Egg in a Hole

"Cut a round hole in a slice of bread — I just used a drinking glass — and toast the slice and the cutout in the pan with some butter," writes snow day recipe wizard Ben Penserga. "After about a minute, crack an egg in the hole in the toast, season with salt and pepper and cook until golden brown for another 2 minutes."

"Flip the whole thing and season for another 2 minutes for runny yoke or longer if you want to set the egg more. Transfer to the plate and serve. You can use your leftover toast circle to sop up the runny yolk. Or just eat it with jam or butter — it is still a piece of toast, after all. Use the milk in your coffee as you eat your egg in the hole."

How about making some bread pudding, which is extra easy to make when you have the ingredients on hand. South Philly resident Dolores Collins shares her famous recipe here.

If you're really not up for messing around in the kitchen and would rather spend your day binging on Netflix, then this super, simple recipe for a bread-and-milk dish is for you. Created by Nigella Lawson of the Food Network, it's called “Bread and Milk.”

“Basically, it’s bread torn into pieces, sprinkled with sugar and with milk poured over it. I like to warm the milk up first.”

Since that weather's not going to be as sloppy as expected, you might as well get sloppy yourself.

That alcohol you stocked up on could be the perfect complement to a cup of hot cocoa with these 15 amazing spike hot chocolate recipes, courtesy of BuzzFeed, including a recipe for red wine hot chocolate, because why not.

Cheers to a no-snow snow day.