A two-night, virtual event will explain what to look for and emphasize preventive actions 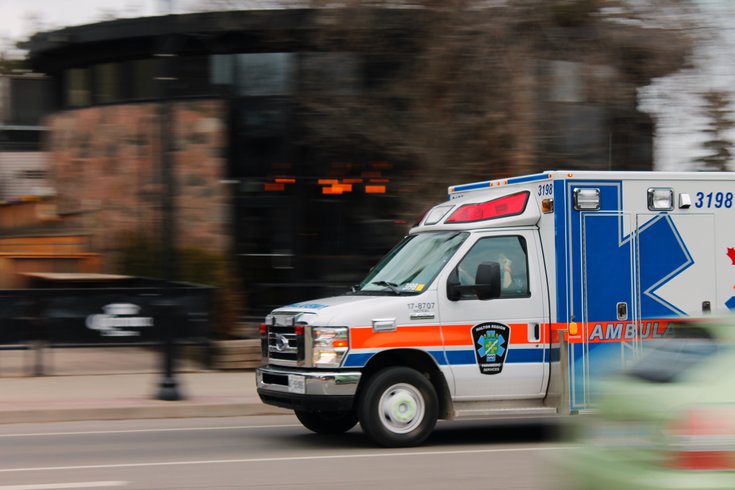 Time is of the essence when a person suffers a stroke. Calling an ambulance is advised so life-saving treatment can begin immediately.

More than 795,000 Americans have a stroke every year, according to the U.S. Centers for Disease Control and Prevention. And about 185,000 of them previously had a stroke.

A stroke can cause lasting brain damage, long-term disability or death when not recognized and treated promptly. That is why some Philadelphia doctors are joining together to educate residents on how to recognize the signs of a stroke and how to prevent a recurrence.

The Frazier Family Coalition for Stroke Education and Prevention is hosting a two-part virtual event on stroke prevention. The first part will held Thursday at 7 p.m. The latter part is slated for May 27 at 7 p.m.

Dr. Paul M. Katz, who chairs the neurology department at Temple University's Lewis Katz School of Medicine, and Dr. Robert H. Rosenwasser, CEO of Jefferson Health's Vickie and Jack Farber Institute of Neuroscience, are among the featured speakers. They each spoke with PhillyVoice about the steps people can take to prevent a stroke.

The need to reduce stroke risk factors, such as hypertension, diabetes, coronary disease and smoking, especially in communities where these conditions are prevalent, will be among the biggest points of emphasis during the two-night event.

People often don't realize they have these risk factors until after they suffer a stroke or heart attack, Katz said.  But to prevent a future event, it's important to identify them and get them under control.

"This is especially important for communities like those in North Philadelphia where the population is complex and have a lot of risk factors," he said.

Many North Philadelphia residents live below the poverty level and lack access to health care and healthy food. These neighborhoods have higher rates of obesity, diabetes and heart disease than other city residents. Life expectancy is much shorter than elsewhere in the city.

"Preventive strategies and maintenance health care are important, but a challenge in North Philly," Katz said.

Making some healthy lifestyle changes — like losing weight, quitting smoking and eating a healthier diet — are beneficial, even if a person can't get to a doctor.

"We do know that in African American communities and among other people of color there are high rates of diabetes and high blood pressure," Rosenwasser said. "These messages are very important whether you see a doctor or not."

Keeping diabetes and hypertension under control with medication is also important, they said. These conditions can lead to various complications — a stroke being one of them — if they are not properly managed.

According to the U.S. Department of Health and Human Services, healthy lifestyle changes to reduce the risk of stroke also should include keeping blood pressure and cholesterol levels within normal ranges, and treating heart disease, if necessary.

"This is something every individual needs to own and understand," Rosenwaasser said. "Take care of your diabetes, high blood pressure, and stop smoking. These are things we can do in everyday life that can reduce risk. Diet and exercise are also important.

"While some element of risk is hereditary, we want people to take a certain responsibility for their own health. No, it is not easy."

How to recognize a stroke

The virtual event also will emphasize the importance of identifying the signs of a stroke.

The CDC advises people to take the FAST test if they think someone has had a stroke. The acronym was developed by physicians in the United Kingdom to make recognizing the signs of a stroke easier.

Other stroke symptoms include sudden numbness or weakness of the leg, sudden trouble seeing in one or both eyes, sudden dizziness, trouble walking or loss of balance, and sudden severe headache with no known cause.

Time is of the essence when it comes to treating a stroke. Available treatments work best if given within the first few hours of symptoms.

Health experts advise people to note when the symptoms started. That will help doctors decide the best course of treatment. They also urge people to call an ambulance so life-saving treatment can begin before the potential stroke victim reaches the hospital.

The most common ways to restore the blood flow to the brain is either through emergency intravenous medication or an emergency surgical procedure, according to the Mayo Clinic.

An IV injection of recombinant tissue plasminogen activator, or tPA, is the standard treatment for an ischemic stroke, but it needs to be given within 4.5 hours of symptom onset to successfully dissolve the clot. Doctors sometimes will treat it by opening up the blocked blood vessel during an emergency surgical procedure.

It is important to seek medical help even if symptoms go away within a few minutes, experts say. These events are known as a transient ischemic attack and are a sign of a serious underlying condition.

Rosenwasser said people should call 911 even if they are uncertain that the symptoms are a stroke. Let the doctors make the determination.

Register for the event

The first part of the virtual event will honor the life of R&B icon Luther Vandross, who died in 2005. Vandross never fully recovered from a stroke he suffered two years prior. He also struggled for a long time with obesity, hypertension and diabetes.

Vandross's first cousin, Rosalind Shackelford, and his former personal assistant, Max Szadek, will speak on the first night. Szadek is the leader of Divabetic, a national nonprofit organization that promoted diabetic self-care. Rosenwasser also will be featured.

Katz is among the speakers scheduled for the second night.

People interested in attending the event can register online or by calling (215) 707-3555.