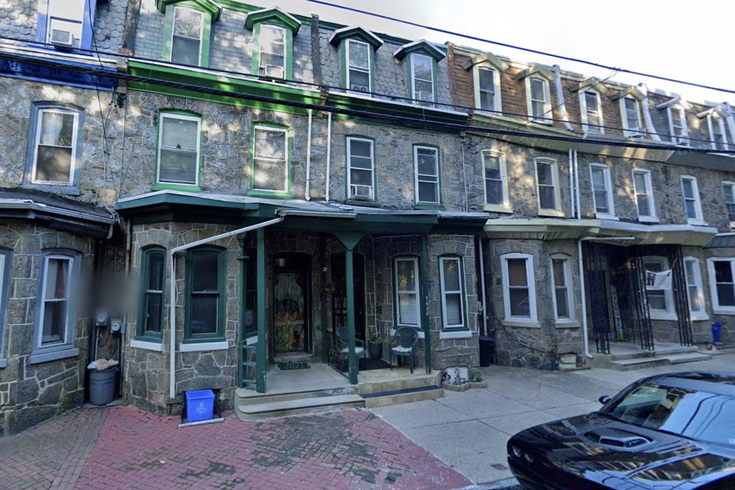 The Arkestral Institute of Sun Ra at 5626 Morton St. in Philadelphia's Germantown neighborhood is now on the Philadelphia Register of Historic Places. The visionary jazz musician and bandleader lived at the row home with other Arkestra members from 1968 until his death in 1993.

The Germantown home of legendary jazz composer and bandleader Sun Ra has been designated a historic landmark by the Philadelphia Historical Commission, ensuring that the property gets the ongoing maintenance and care it needs to be preserved.

Sun Ra, born Herman Blount in Alabama, rose to prominence as a jazz multi-instrumentalist in Chicago during the 1940s. He spent a period of his career in New York City before settling at the 5626 Morton St. home in Philadelphia in 1968, making it the base of operations for The Arkestra collective — a changing ensemble.

Known for his avant-garde eclecticism and cosmic philosophy, Blount took the name Sun Ra after the Egyptian sun god and is considered a pioneer of Afrofuturism.

Sun Ra House, home and incubator of the Arkestra, is now on the Philadelphia Register of Historic Places https://t.co/2ijqu5lyEW

The Sun Ra Arkestra became a fixture in Germantown, where the collective rehearsed and late saxophonist and manager Danny Thompson opened the Pharaoh's Den grocery store at 5657 Heiskell Street. The Arkestra routinely played Philadelphia nightclubs in the 1970s, bringing together between 20-30 musicians during that era. Sun Ra often appeared on 88.5 WXPN and at local libraries to give lectures. He remained at the Germantown home until his death in 1993.

The Philadelphia Historical Commission voted unanimously on May 13 to grant protected status for the Morton Street property, culminating a nomination process that began two years ago.

Known today as the Arkestral Institute of Sun Ra, the three-story row home still houses several members of the collective in its current iteration, including 97-year-old bandleader Marshall Allen. Allen's parents had owned the Germantown property prior to the Arkestra's move to Philadelphia from New York. The structure was built in 1880 as part of a group of 16 Second Empire-style row houses, eleven of which remain standing.

Momentum to protect the property built after the home partially collapsed in 2020. The Robert Bielecki Foundation, a philanthropic organization devoted to helping artists, worked with jazz and contemporary music collaborative Ars Nova Workshop to secure a contractor to fix the home's most urgent issues.

The historic landmark designation will ensure that any future work on the building adheres to preservation standards.

Sun Ra and The Arkestra have among the largest catalogues of recorded music in the 20th century, with more than 100 full-length albums — some pressed from live performances in Philadelphia and manufactured on Morton Street. In 2020, the band regrouped to release "Swirling," which was nominated for Best Large Jazz Ensemble Album award at the 2022 Grammys.

The Sun Ra Arkestra has continued to tour and perform over the years, including a memorable 2016 Halloween show at Johnny Brenda's that can be viewed in full below.