WATCH: Suspect steals ATM by tying it to back bumper of SUV, police say 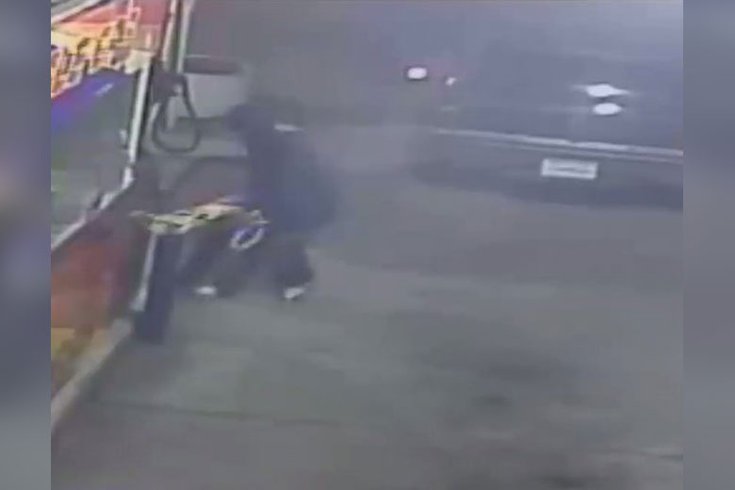 Philadelphia police are looking to identify and locate a suspect wanted in a theft in Upper Roxborough.

Police are seeking the public's help in finding a suspect wanted for allegedly stealing an ATM from a gas station in Upper Roxborough.

In surveillance video released by police Monday, an unknown male suspect in a dark-colored SUV can be seen pulling up to the Eagle Gas Station at 5125 Umbria St. on Thursday at 3:23 a.m.

The suspect exits the vehicle, ties a rope around the ATM and attaches the other end to the bumper of his vehicle. He then drives forward, pulling the ATM from the ground, police say. Once the machine is free from the ground, the suspect places it inside the rear of the vehicle and flees the area, according to authorities.

He was last seen on Umbria Street heading toward Domino Lane.

Police describe the suspect as a male of unknown race, wearing dark-colored clothing, a knit hat and white sneakers. Police say he was operating a gray/blue or possibly black Mercury Mountaineer.