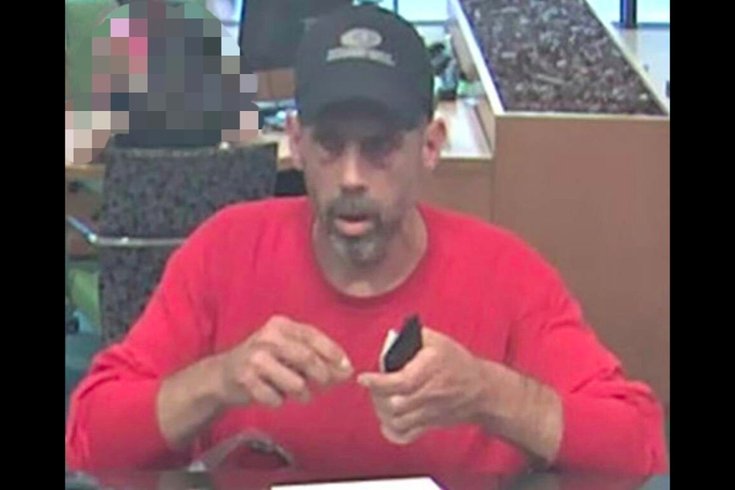 The FBI and Philadelphia Police Department are searching for a man accused of robbing a Center City bank last week.

The incident occurred on Friday around 5:30 p.m. at the TD Bank located at 1900 Market St.

Authorities said the man walked up to the counter and demanded money from the teller, claiming to have a gun. They said he received an undisclosed amount of money and fled the area.

No weapon was displayed during the incident, but the suspect is considered armed and dangerous.

The suspect is described as a white man in his early 40s standing 5 feet 6 inches to 5 feet 10 inches with a mustache and a goatee. He was last seen wearing a red T-shirt with long sleeves, gray sweatpants, a black baseball hat and white sneakers.

A reward is being offered for information that leads to an arrest.