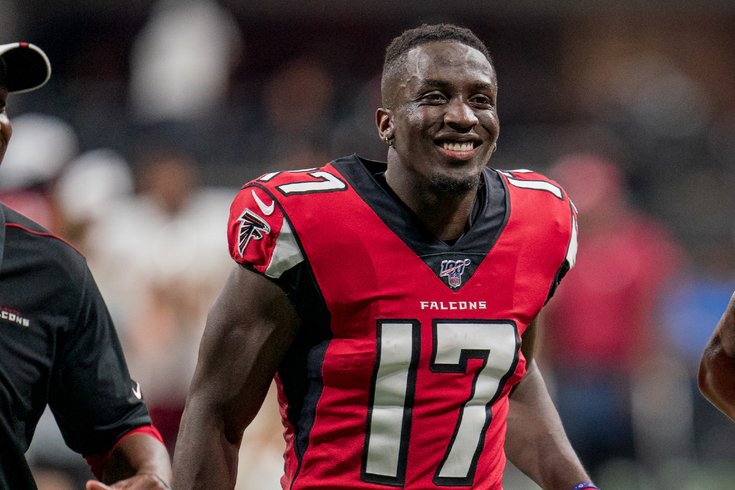 Olamide Zaccheaus has defied the odds to land on an NFL 53-man roster.

Olamide Zaccheaus doesn’t remember much of it, other than a handful of pictures he came across when he was around five. He shouldn’t. Yimbra Mozimo, his mother, preferred it that way.

Yet, sometime Sunday night, under the bright lights of national TV, and before the crowd at Mercedes-Benz Stadium bursts into a frenzy and begins blasting the visiting Philadelphia Eagles, Zaccheaus, or “OZ,” as he’s affectionately known at The Prep, will reflect for a moment on the journey that got him here — an undrafted free agent signed out of Virginia, by way of St. Joseph’s Prep, who made the Atlanta Falcons 53-man roster.

At the fulcrum of it all is the incredible strength of a dedicated woman who was unbending and intolerant of being mistreated, and willing to work two jobs for 70 hours a week, because no one was going to take Yimbra Mozimo’s babies away.

Zaccheaus, the Falcons’ 5-foot-8, 195-pound rookie wide receiver, has no qualms about blurting it, either.

“I’m here (in the NFL) because of my mother," he said. "She’s the one I learned from about hard work and dedication. She’s the one who pushed me, and there were times I might not have wanted to be pushed. My work ethic comes from her.

“The way I honor her is in how I work. Growing up, my mother was the hardest worker I knew. I’m grateful to have such a strong mother in my life. She just did it. She never really talked about it.”

She never really mentioned something else, either.

Olamide's father had emigrated to the United States from Africa. Sometime later, Mozimo followed her husband, arriving in March 1994 to discover he was apparently in an arranged marriage in Texas to get his green card. But she had nowhere to go.

She secured her own green card in a June 1994 lottery and became a U.S. citizen. In 1995, they had a son, Olawole, and then Olamide two years later.

Mozimo was going to school and raising her sons, though there was something else happening.

“People around me would see the black eyes and the bruises, and they would come up to me and tell me to leave (the boys’ father),” Mozimo recalled. “I had to make a decision to stay and get killed and wonder what would happen to my babies or get out. The boys’ father wanted complete control. I decided I had enough.”

So, Yimbra collected all of her belongings in the living room of their Texas home, then called cousins in Maryland to come down and get her. The boys’ father was working a part-time job at night when he arrived home the following morning to find Yimbra was leaving.

“All of the arrangements were made behind his back,” Yimbra recalled. “He was so mad when my cousins arrived that he was going to beat me up. I called the police and the police stayed there until I packed everything up. The boys’ father demanded that the boys stay with him. The police told him that they were going with me, and that we would work out visitation rights.

“Olamide wouldn’t remember anything. He knows now, because the last fight their father had with me, I took pictures of the bruises and put them in a back of a photo album. Olamide found them when he was five and wondered why anyone would do that to his mother.” 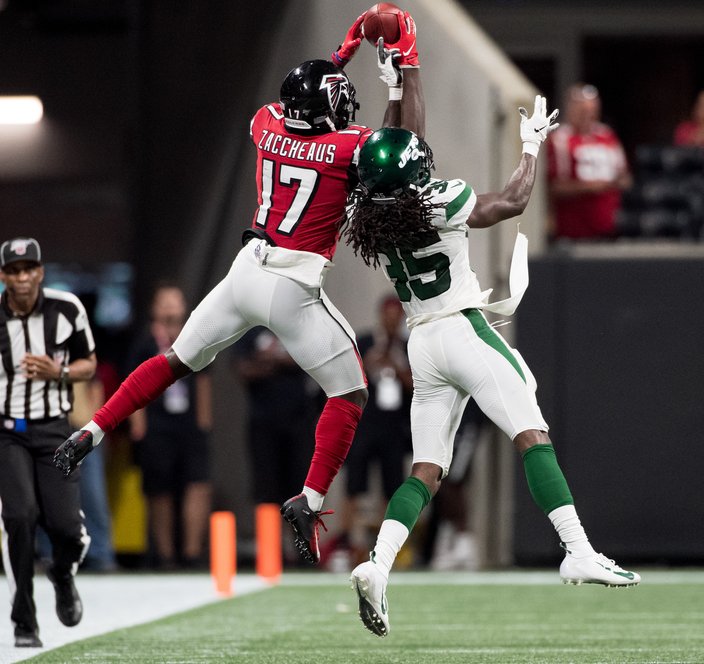 The small family originally wound up in Plainfield, New Jersey, where Yimbra worked a part-time job during the day doing data entry at a local college, and at night as a computer operator. During this time, one of the boys’ babysitter’s asked Yimbra if the boys would be interested in trying football with her son.

“That’s how the football started,” said Yimbra, who is an advanced medical bill processor with a South Jersey insurance company and has had the job the last seven years. “Once Olamide got involved with football, he built a strong passion for it and it wouldn’t stop.”

Olamide’s speed surfaced early. Even at a young age, he would be yards ahead of the other kids trying to tackle him. Yimbra says the speed gene comes from Olamide’s father, whose brother and sister ran at a national level in Nigeria

When Olamide was seven, Yimbra and her sons moved to Magnolia in South Jersey. Despite her hardships and what she endured, Yimbra has an effervescent, magnetic personality. She smiles and laughs, and never takes any credit from the many who have complimented her through the years as a single mother who raised two successful boys by herself.

“I concentrated on work so the boys would have food on the table and a roof over our heads,” Yimbra said. “People come up to me all of the time and tell me all of the good things I’ve done. I don’t look it that way, because I wasn’t there all of the time with the boys when they were younger. It has to be God. All of the credit goes to God.

On Saturday, August 31, NFL cut-down day, Olamide and Olawole called their mother with some news. But Yimbra was so excited to hear from both of them that she couldn’t stop taking.

“That’s when Olamide said, ‘Mom, stop talking for a second,’” remembered Yimbra, laughing. “He told me that he got a call and made the Falcons. I started screaming. I’m going to Atlanta and I’m going to most of the games if not all of the games. This is all a dream come true. I went to the (Falcons) game in Minnesota.

“I was sitting there and I remember driving past a football game with these young kids playing, and it made me think back how it started. But I still say that Olamide’s journey wasn’t because of me. It’s all of the people that God put into our lives. God has been good. It takes a village to raise a child. I support the Eagles, but now that my son is with the Falcons, I’m all of the way with the Falcons. It is a happy ending, and a happy beginning.”

Olamide, who graduated with a psychology degree from Virginia, was inactive for the Falcons’ season-opener last week. Zaccheaus heard from a wealth of the St. Joe’s Prep family when it was made public that he made the Falcons.

But it was only one who really mattered.

“I want to try and help my mom anyway I can, taking it step-by-step, because I know everything she’s done for me,” Olamide said. “That’s my heart.”