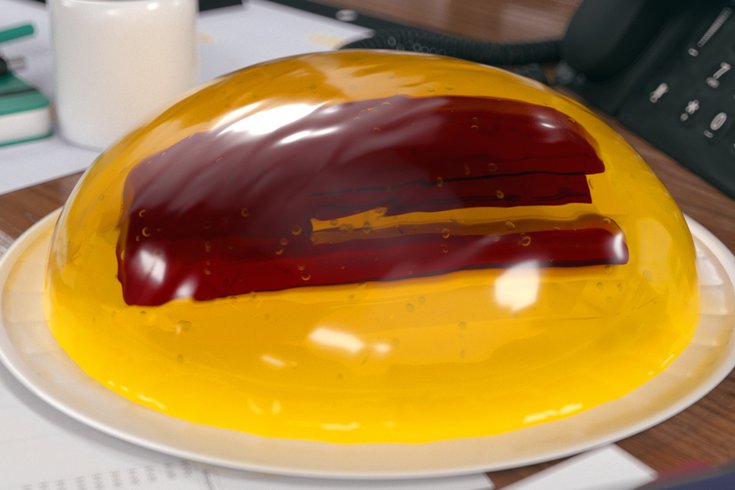 Winners of a new contest can recreate one of the most memorable pranks by Jim Halpert on Dwight Schrute shown on 'The Office.'

Jell-O has created a product inspired by a fan-favorite moment from workplace comedy "The Office."

The new Jell-O item allows fans to recreate one of character Jim Halpert's pranks where he submerged his coworker, and rival, Dwight Schrute's stapler in a block of gelatin during the pilot episode of the series. The beloved show, set in Scranton, Pennsylvania, ran for nine seasons until 2013.

However, only a few lucky fans of "The Office" will be able to get their hands on the kit, since it's being given away as part of a drawing. Those interested can fill out a form on Jell-O's website.

The kit also will come with a $60 gift card, meant to let the winner pay for their favorite streaming service. Any U.S. resident ages 18 years and older can apply.

Jell-O said Tuesday the product stood for something "we miss most about being in the office," since during the year-long COVID-19 pandemic many employees have been working from home, away from their coworkers.

Things we miss most about being in the office: pulling legendary pranks on our coworkers. Enter for the chance to win a stapler mold prank kit at https://t.co/QhFyFAwDRY for a limited time only. pic.twitter.com/0ac5ITZjhl

Many WFH employees, as well as others, are currently looking back on the past year, since March 2021 marks the one year anniversary since coronavirus lockdown orders began in many places, including Philadelphia.

The new kit also aligns with the 16th anniversary of "The Office," which first premiered on March 24, 2005. It is currently available to stream on NBC's platform Peacock.

Although the Jell-O prank was used during Season 1, Episode 1, the prank also happened two more times during the show. Watch a clip of the first time Jim put Dwight's stapler in Jell-O below.