Tiffany Fletcher, 41, was caught in the crossfire of a gun battle while outside of Mill Creek Playground on Friday 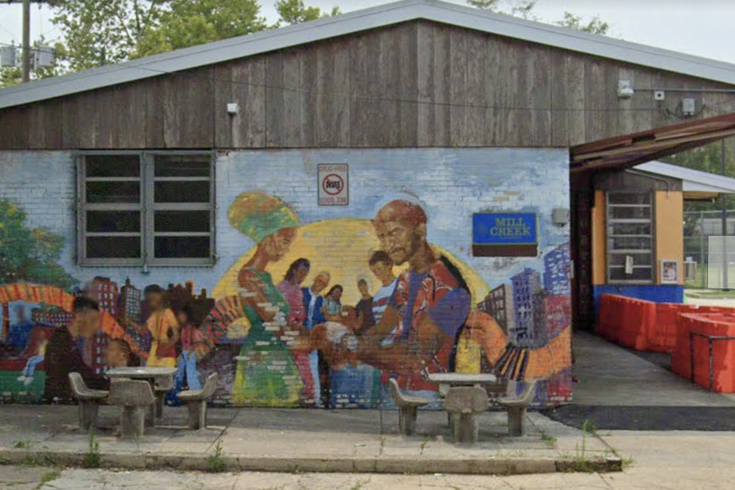 Makie Jones, 14, has been charged with murder for the fatal Sept. 9 shooting of Parks and Recreation employee Tiffany Fletcher. Jones is also facing charges of possession of an instrument of crime and reckless endangerment of another person.

Makie Jones was arrested after an on-foot pursuit by 16th District police officers shortly after gunshots were heard on the 4700 block of Brown Street in West Philadelphia. The investigation remains ongoing and police are still searching for at least three additional suspects in connection with the incident.

Fletcher, 41, was caught in the crossfire of a gun battle while outside of Mill Creek Playground at approximately 1:29 p.m. She was transported to Penn Presbyterian Hospital with gunshot wounds to her left and right flanks, and was pronounced dead at around 7 p.m., Krasner said.

"The outrageous number of violent incidents over the weekend across our city is simply unacceptable," said Mayor Jim Kenney. "Words alone cannot express the outrage, hurt, and sadness that all of us feel. Dedicated, passionate, and driven, Tiffany Fletcher was just doing her job outside of Mill Creek Rec Center in West Philadelphia when, in an abrasive and unconscionable act of violence, she was struck by crossfire in the middle of the day."

In addition to murder, Jones was charged with violation of the Uniform Firearms Act, possession of an instrument of crime, and reckless endangerment of another person. There is a preliminary hearing scheduled for Sept. 29, according to court documents.

There is currently a rolling $20,000 reward offered for information leading to an arrest and conviction of a homicide incident in the city. Officials also recently announced an additional $10,000 reward for information on shootings that occurred within 500 feet of schools, recreation centers and libraries.

Fletcher, who began her career with PPR as a seasonal summer employee, is the mother of three sons and a beloved member of her community. She was known by friends and co-workers as a dedicated employee, always working, interacting with kids and keeping the block clean.

Her family echoed the sentiments from city officials on Monday, urging anyone with information to contact the investigative team and help Fletcher's sons get justice for the sudden death of their mother.

Veronica Joyner, principal at The Mathematics, Civics, and Sciences Charter School — which Fletcher's sons attend — said that Fletcher's sons were in school at the time of the shooting, discovering hours after being dismissed that their mother had been killed.

"No child should ever experience that, and as their (school) family, those children wanted to come to school where they felt safe and loved, and we are welcoming them with open arms" Joyner said. "The issue here cannot be solved unless we deal with schools."

Anyone with information about Fletcher's killing is urged to contact Philadelphia Police anonymously at (215) 686-8477.