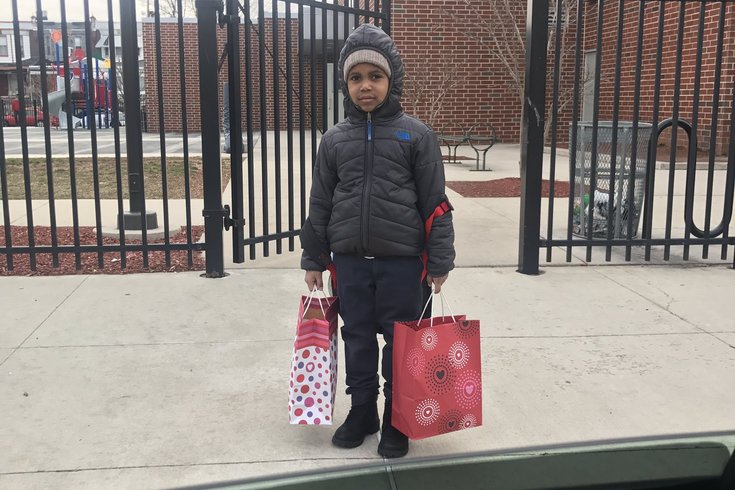 This kid had two Valentines at his West Philly school, and Twitter loved it.

Having a girlfriend can be expensive. But having two girlfriends? That'll break the piggy bank.

Twitter user @Yahserati posted a picture of his son on Valentine's Day, noting that the little guy faced quite a conundrum going into the holiday: He had "2 girls at school." The solution? Forty-six dollars dropped at Walgreens for two separate gifts.

He made me spend 46$ in Walgreens last night talking bout he got 2 girls at school 😩 I had to let him rock I remember them days lol pic.twitter.com/1z0HmmuVHD

As 6ABC noted, the photo was taken outside Bluford Elementary School in West Philadelphia. The original tweet has been retweeted nearly 60,000 times and liked more than 200,000 times.

The real treat here, though, is getting to hear and see the words "snitch," "player," "proud papa" and "let ‘em rock" all in one local news segment.

All we need now is for Jim Gardner to say "bae" on air.