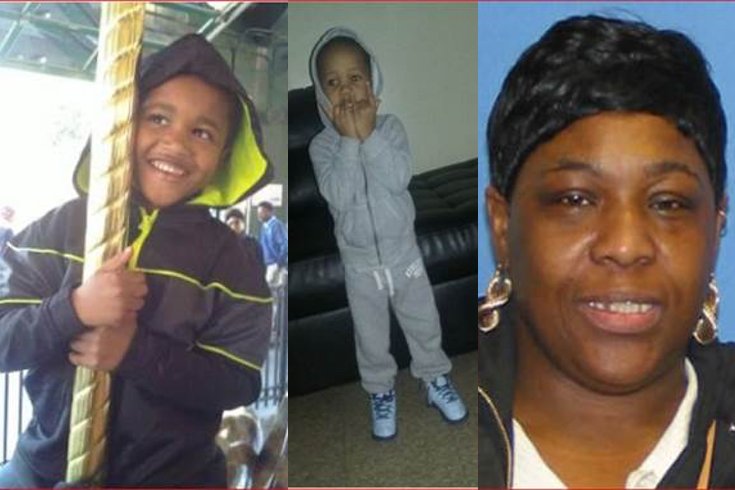 Authorities are searching for two Delaware children who have been reported missing after last being seen with their babysitter, who is also no where to be found.

Police said Saturday that Zion Coverdale-Dixon, 5, Jihad Bailey, 3, have not been been located since Wednesday morning when they were in the care of their babysitter, Michelle Rogers, 50, of Wilmington.

Their last known whereabouts is the 500 block of Shearman Street in Wilmington. Detectives believe the children are in "imminent danger."

Coverdale-Dixon is described as a black male with black hair and brown eyes, and was last seen wearing a Superman shirt, blue jeans and white and blue Jordan sneakers.

Bailey is a black male with black hair and brown eyes, and was last seen wearing a white T-shirt, Scooby Doo pajama bottoms and white sneakers.

Rogers is described as a black female and was last seen wearing a white and black shirt, dark jeans and red sneakers.

Police said they didn't have any information about a potential vehicle.

Anyone with information about the missing children or babysitter are asked to call 911, the Wilmington Police Department at 302-571-4526, or Crime Stoppers at 800-TIP-3333.