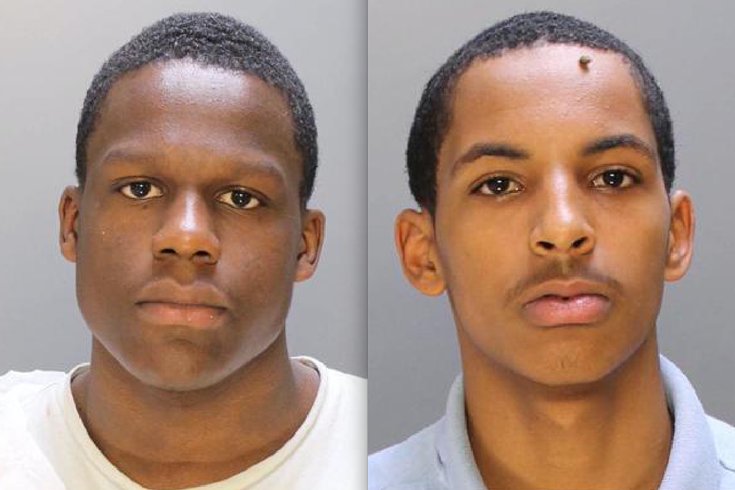 Khalil Davenport, 20, and Nasir McNamee, 15, have been arrested and charged with the March 2 murder of Jayvon Mitchell-Pendleton, 20.

Philadelphia police has arrested two suspects, including a 15-year-old boy, in the shooting death last Wednesday of a 20-year-old man in the city's Strawberry Mansion neighborhood.

According to police, Mitchell-Pendleton was shot several times at about 6:39 p.m. in the 2700 block of North Bonsall Street. Officers, who arrived on scene and found him unresponsive, recovered a .38 caliber revolver from underneath Mitchell-Pendleton's body, police said.

Mitchell-Pendleton was taken to Temple University Hospital, where he was pronounced dead at about 8:57 p.m.