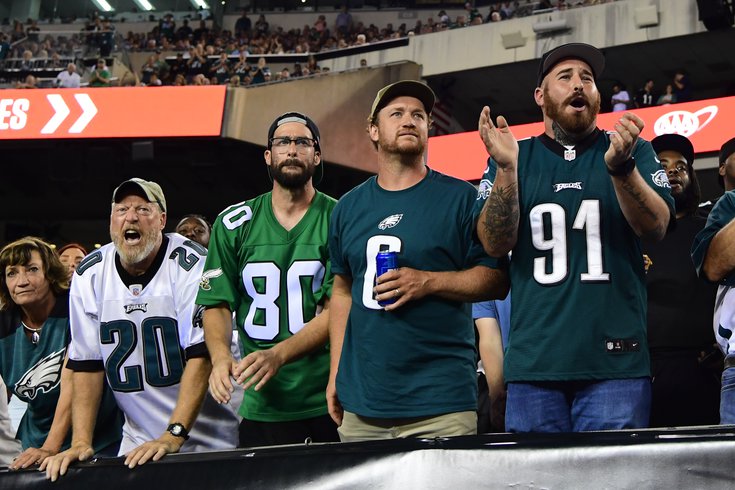 Doug Pederson is headed back to Philadelphia for the first time on Sunday to face the 3-0 Eagles. Somehow there are social media discussions about how Eagles’ fans should greet him when he arrives. It says something about our society that this even needs to be said, but the answer is obvious and simple. Dougie P should be greeted with cheers at minimum, and a standing ovation would be appropriate before the game.

We have one Super Bowl in Philadelphia and Pederson was the coach. Yes, it didn’t end the way we all wanted it to, but so what? Pro sports, like life, can be messy. Again, this should be easy, so let’s hold the people around us accountable on Sunday in the stands and do the right thing. So, Rule #1: don’t boo the coach that wins you the only Super Bowl in your franchise history for no reason the first time he returns to your stadium.

There is another thing that should be obvious that some fans are missing. The Eagles are 3-0. It is great to be 3-0. There are only two undefeated teams left in the NFL. The last two weeks they have been able to put the hammer down and put the games away in the first half. They have changed their play calling in the 2nd half the last two weeks and it has led to them . . .. winning!

The Vikings and Commanders had zero chance to win in the second half of either game. Against the Lions, the Eagles took a 3-point game at the half and made it a 17-point lead before the old Gannon (the new Gannon is legit) allowed the Lions to cut the lead down. So why are some fans worried about the second half of these wins?

The “if they play better teams they will have to score more” arguments are weak because if the games were competitive, they would call different plays than the ones that have been called the last two weeks. If the games were more competitive the approach to the second half would of course be different.

We don’t need to search for fake problems. The Eagles offense is ranked #1 and their defense is ranked #5. If there is an issue it’s the special teams, not the second half scoring. Rule #2: don’t be upset when your team is undefeated and likely the best team in the conference.

Jalen Hurts has very played well and is at worst second in the MVP race (Lamar Jackson) through three games. Everyone should be happy about it and that is where the conversation should stay because that is the only productive conversation to be had. Instead of enjoying his development from question mark to franchise quarterback, there are fans out there more worried about saying “I told you so.” Well congratulations? You are now alienating your fellow Eagles fan because you either saw or guessed that Hurts would be the real deal before some other fans. And you are making the entire thing less fun.

Hurts did not play like a franchise QB last year. He wasn’t terrible either. Most fans were in wait and see mode. This is Philadelphia. Carson Wentz, who stunk on Sunday, was an MVP candidate not long ago. Wait and see was just fine. There were a small group of blind optimists and a small group of haters. Nobody could have realistically expected Hurts to make this many strides so quickly, but we are all extremely thankful that he has. Why not just enjoy it? This is what we have badly needed in this city. Rule #3: don’t pick stupid fights with fans just to feel like you’re smart.

You can stop reading now if you would like, the rest is not about the Eagles or Philly pro sports. What happened in Roxborough is sickening. Way too many sickening things have happened around this city. A 14-year-old shot dead after football practice. Four other children wounded. I recognize that nobody is reading this for this opinion, but I am a human being first. You can argue about politics on your own time. We badly need to ask ourselves why this keeps happening and what we can do as individuals to prevent it.

We live here, we have recreation here. We are all a part of this if you are in the Delaware Valley. I take my job on the radio way too seriously because whether I succeed or fail there is a young Black kid who might think they can do it because I got the chance to try and they don’t have to have played pro sports to get that chance.

I hope to provide a slither of hope for a kid that talks too much in class, isn’t the star athlete and doesn’t have an outlet. I am a flawed human being, but a flawed role model could possibly be better than what that kid has otherwise. I ask that all of us try to live like a kid is looking up to us. If the kid is allowed to live long enough. Rule #4: never get used to children being murdered.