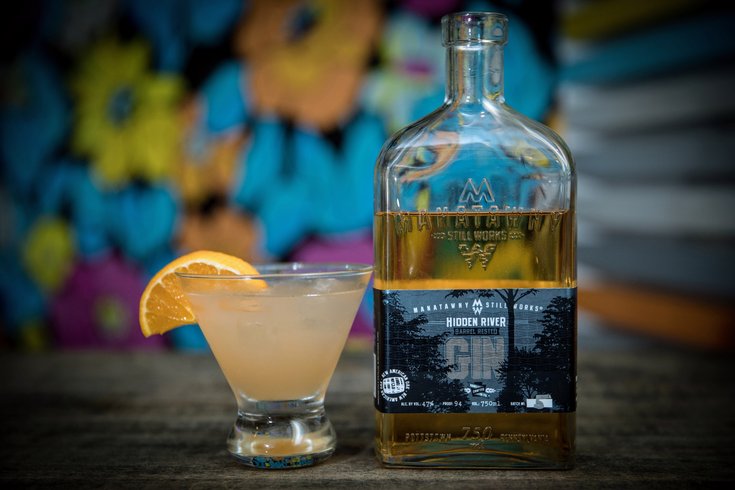 The Philadelphia pseudo-speakeasy scene will get another addition this weekend with Kontrol, a "secret passage" bar connected to U-Bahn at 1320 Chestnut St.

The bar will serve as an underground connection between U-Bahn and a yet-to-open third bar called Verdickt, together making up what owner Teddy Sourias envisions as the "U-Bahn trilogy." The third bar will also have a separate Juniper Street entrance.

The space for Kontrol is directly below the new beer-and-barbecue spot Tradesman's, also owned by Sourias. The concept will act as a bar, club, and an open-late kitchen, with its entrance through a hidden door at U-Bahn. 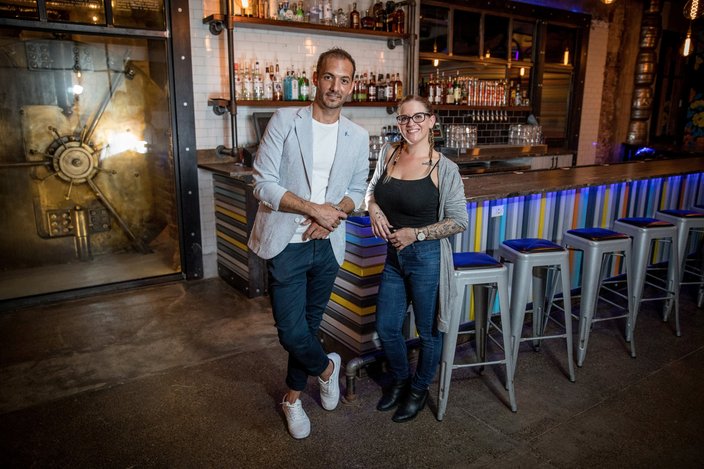 Food and drink at Konrol is on par with what to expect at Tradesman's or BRU upstairs, including German pretzels, fries, pulled pork, Bratwurst, and a few new items such as burgers and a spicy chicken sandwich. Though still offering craft beer and cider, cocktails are the main focus at Kontrol. Two of eight draft lines will be dedicated to craft cocktails.


Verdickt, inspired by the German word for "undercover," is slated to open later this year or in early 2019, also below Tradesman's. Further details on the space have not yet been shared.

Kontrol will be open Friday and Saturday nights from 9 p.m. to 2 a.m., as well as throughout the week for private parties and game watching. Clocking in at around 1,000 square feet, guests can sit at the bar or black leather hi-top couches.

Check out the full cocktail and snack menus below. 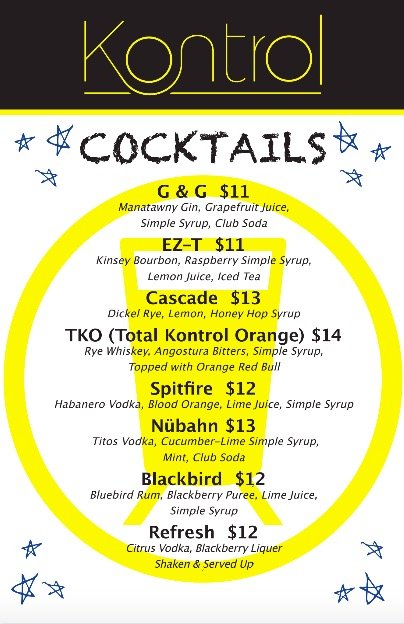 The cocktail menu at Kontrol. 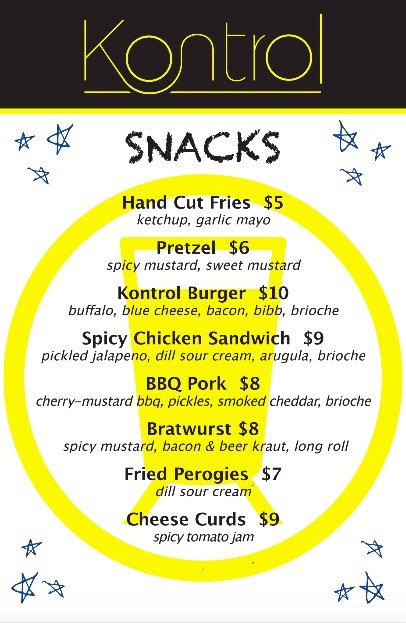 The snack menu at Kontrol.