The role follows her breakout performance in the show's predecessor, 'The Haunting of Hill House' 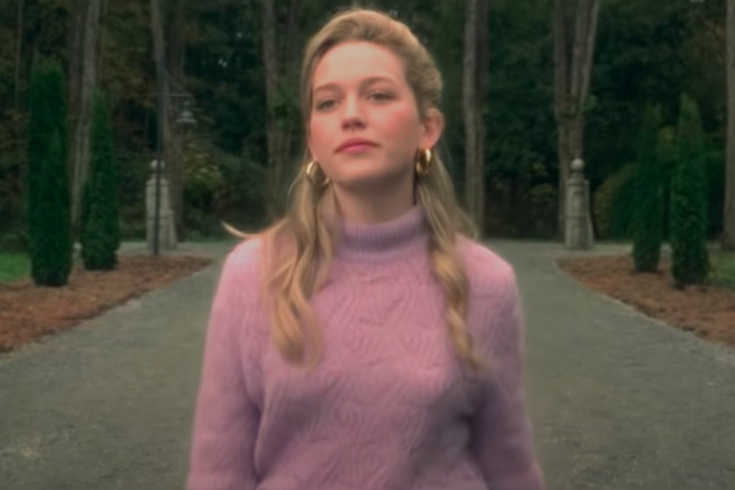 "The Haunting of Bly Manor," the second installment of a spooky Netflix anthology series, premieres Friday with Victoria Pedretti in the lead role.

Pedretti plays an American au pair named Dani, who is hired by an English family living in an ancient mansion. The story is an adaptation of the Henry James horror novella "The Turn of the Screw."

Pedretti, who was born in Philadelphia and grew up in Bucks County, told The New York Post that she read the book for the first time in preparation for her role.

"I wasn’t familiar with [‘The Turn of the Screw’] so I had to read it, but I thought it had a lot of potential," Pedretti told The Post. "And when it went beyond the fact that it was an adaptation … the storylines of the ghosts and the full history of the house really blew me away."

Similar to series like "American Horror Story," the 2020 follow-up to the "The Haunting of Hill House" features an entirely different story and a vastly different cast.

Pedretti, 25, played the role of Nell in the anthology's first season, which was loosely based on the Shirley Jackson novel of the same name published in 1959. The series premiered on Netflix in 2018.

Watch the trailer for "The Haunting of Bly Manor" below.

Netflix announced it would renew "The Haunting" series in 2019 after the first season received positive reviews. Critics appear to like "The Haunting of Bly Manor" too.

Horror magazine Inverse called it "vastly superior" than its predecessor, praising its reinvention of classic elements in telling the story of The Crains, the family for whom Pedretti plays a nanny.

"The Crains came together to reckon with ghosts of their past and their own fragmented present," Inverse wrote. "For the follow-up to the hit series, 'The Haunting of Bly Manor,' showrunner Mike Flanagan (has) turned every aspect of that formula inside out, with impressive — and terrifying — results."

Pedretti's starring role in the "The Haunting of Hill House" also landed her a spot on Netflix's "You" series. The psychological thriller premiered on the streaming service last year.

The actress attended Pennsbury High School in Fairless Hills before studying acting at the Carnegie Mellon School of Drama. She graduated in 2017.