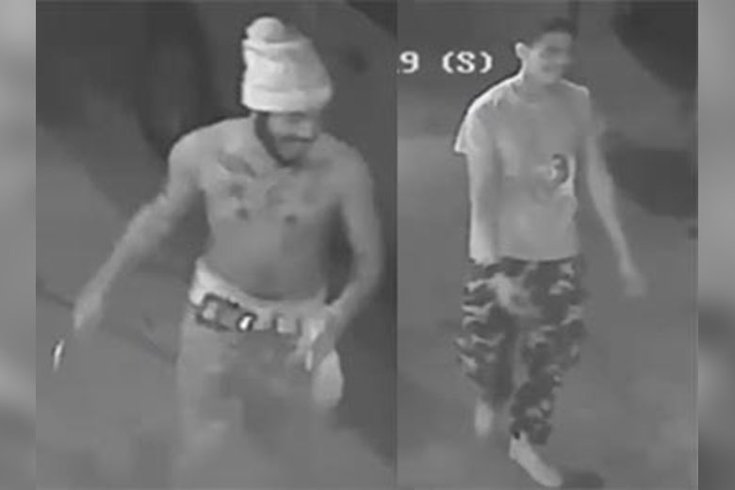 These two suspects are wanted for slashing the tire of 30 cars in Queen Village.

Philadelphia Police have released surveillance video that shows two suspects wanted for slashing the tires of 30 cars in Queen Village.

The vandalism occurred July 26 around 1:40 a.m. when two males allegedly cut the tires of the vehicles on the 100 and 300 blocks of Queen Street and the 800 block of South Swanson and South 3rd streets.

In the video, one suspect can be seen leaning over with a knife in his hand and slicing the tire of one parked vehicle. Watch it here:

The first suspect, seen with the knife, is described as having a thin build with a beard and tattoos on his arm, back, and chest. He is wearing long pants and a knit hat in the video.

The second suspect is described as having a thin build with short hair and a clean shave. He is seen wearing a short sleeve shirt and camouflage pants in the video.