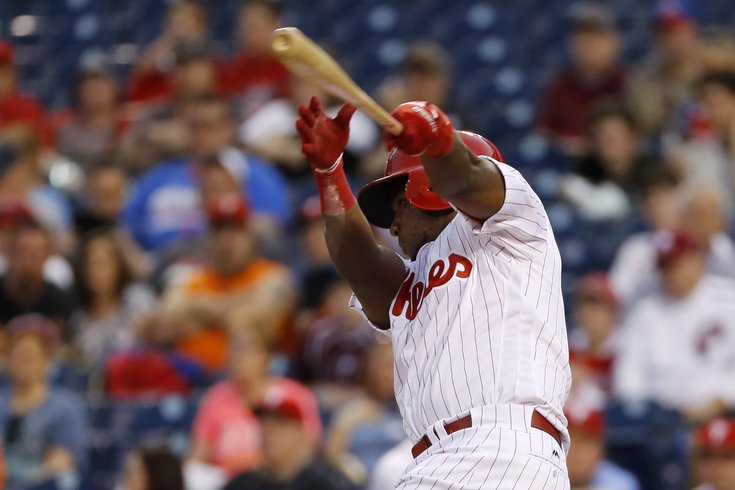 Maikel Franco hit his ninth home run of the spring on Friday night.

In the fourth inning of Friday night's game between the Phillies and the Orioles, Maikel Franco and Ryan Howard did something fans are hoping to see often this season: back-to-back home runs.

It started with Franco, who hit quite possibly the longest home run I've ever seen at Citizens Bank Park. It landed four rows from the back of the upper deck in left field, just in front of Harry the K's, and was his ninth of the spring.

It was glorious and majestic and I feel sorry for that poor, poor baseball.

I think Freddy Galvis summed it up pretty perfectly.

After the game, Franco said that while it was the longest home run he's hit in his home park, his longest actually came last season in Arizona and was 455 feet.

Not to be outdone, first baseman Ryan Howard, who will be platooning with Darin Ruf this year according to manager Pete Mackanin, followed Franco's blast with one of his own to deep left-centerfield.

AND OH MY GOD IT WAS OFF A LEFTY!

I like to imagine that he muttered "Platoon this" as he stood there and watched his second home run in as many nights -- but just his third of the spring -- sail into the seats.

Just for good measure, here's the Franco home run again because you know you want to watch it from every angle.