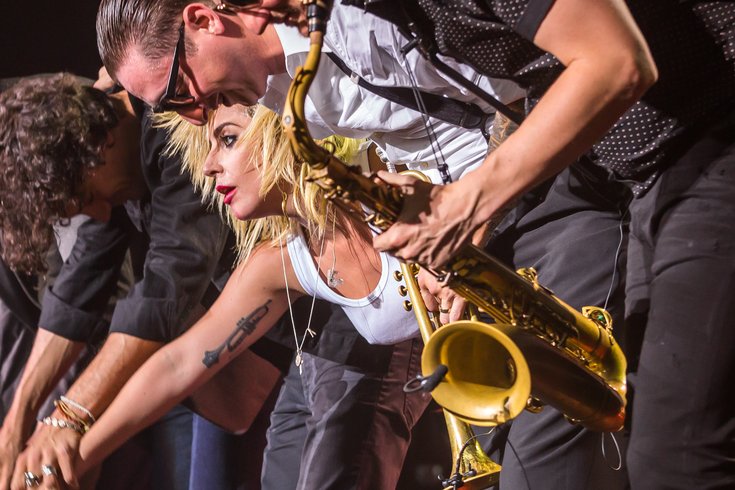 Gaga does a horn-filled cover of The Beatles for the crowd at "Camden Rising" at the BB&T Pavilion on Thursday, July 28, 2016.