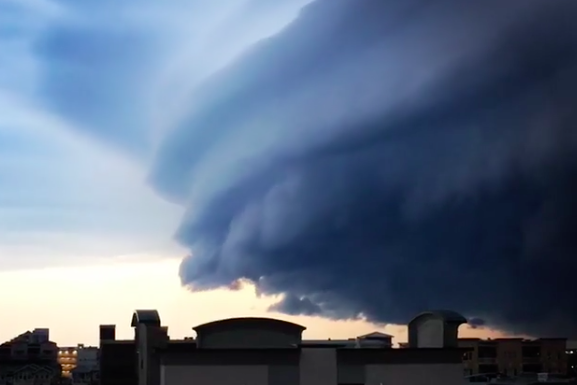 A number of social media users captured a huge shelf cloud that rolled over the southernmost areas of the Jersey Shore when storms hit the area on Wednesday.

Although "Armageddon-like" may be taking it too far, a shelf cloud made its way over the Jersey Shore when storms hit the area Wednesday, prompting some videos and images posted by astounded social media users who witnessed it.

A shelf cloud is a low, horizontal, wedge-shaped cloud that is usually attached to a thunderstorm cloud.

Check out this time-lapse video taken in Wildwood Crest and posted by Eric Dougherty on Instagram, as well as other images on social media that captured the menacing-looking cloud:

A much quieter Thursday in South Jersey. No scenes like this, shot by Werner Tedesco from Reeds Beach overlooking Delaware Bay last night. pic.twitter.com/bqvKlrQQ0Y