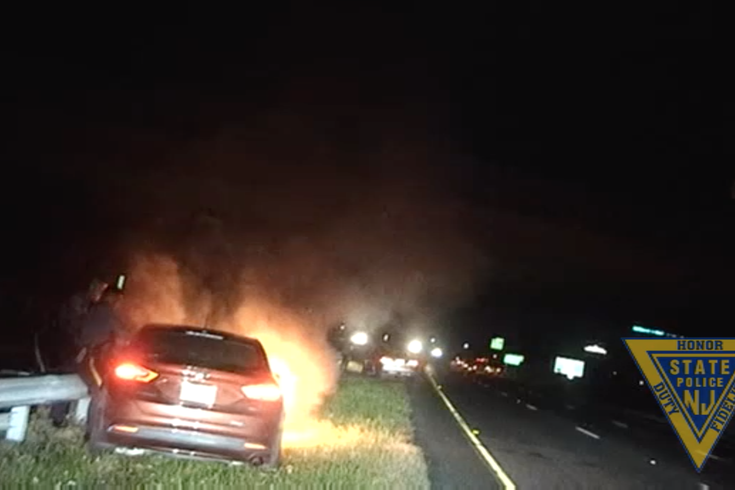 A still from a video of the dramatic rescue.

Troopers Thomas O’Connor and Christopher Warwick found the car against a guardrail in the grass median, police said.

Whether the car was involved in a crash with any other vehicles is unclear.

You can watch video of the dramatic rescue from the troopers’ dash cam below:

The rescue happened just before midnight on Nov. 4.

Police said the man regained consciousness after he was pulled from the car, and declined medical attention after he was evaluated by EMS technicians.