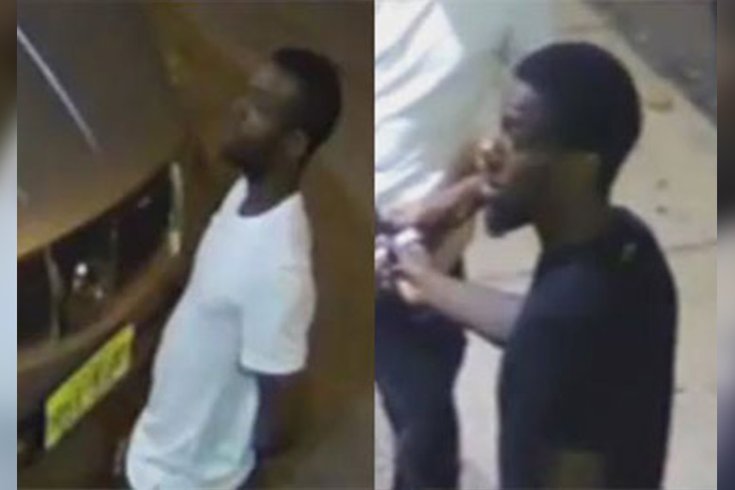 Police are looking to identify and locate the suspects wanted in connection with a robbery in Brewerytown.

Police are seeking the public's help in finding two suspects wanted in connection with a robbery in Brewerytown.

In surveillance video released by police Wednesday, two unknown males can be seen approaching the owner of The Tropicana Bar at 2800 Oxford St. while he is walking to his car on Aug. 15 at 2:35 a.m.

One of the suspects removes an object from his pants and places it to the man's back, taking his cellphone and cash, police said. The victim is then shoved to the ground, and both suspects flee.

The suspects were last seen heading east on Oxford Street.