Cause is due to an 'illness in the touring party;' refunds available 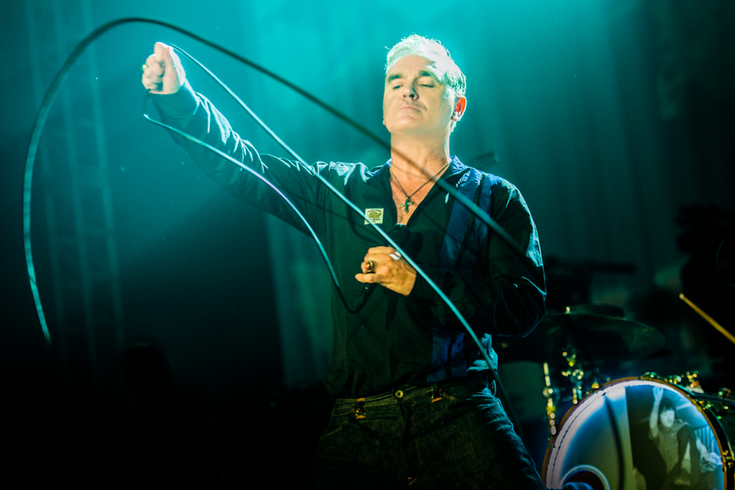 Morrissey rose to prominence as the frontman of the Smiths, then began a solo career, making the top 10 of the U.K. Singles Chart on 10 occasions and reaching number one on the U.K. Albums Chart three times.

Hours before Morrissey was set to take the stage for a sold-out show at The Fillmore in Fishtown Monday night, the venue announced the show was postponed.

No new date has yet been set, but an official statement reads:

"It is with great regret that we must inform you that tonight's Morrissey Official performance at The Fillmore Philadelphia has been postponed due to illness in the touring party. The Fillmore Philadelphia team apologizes greatly for this disappointment and wishes those who are ill a speedy recovery. The rescheduled performance date will be announced as soon as possible. Refunds are available at point of purchase."

It’s impossible not to mention Morrissey when interviewing Johnny Marr. The Smiths guitarist realizes that the best way to deal with the inevitable subject is to get on with the topic before it’s broached. Marr brought up the subject of whether he and Morrissey would ever get the Smiths back together shortly after saying hello.

“I’ll reunite the Smiths as long as Morrissey joins us and plays the cello,” Marr cracked.

Fat chance that the Moz would break out the cello. Also don’t bank on a Smiths reunion even though it would break the bank.

RELATED LINKS: The California grass wasn’t greener for Circa Survive’s Anthony Green | Haley Reinhart embraces the songs of the '60s | Matthew Sweet: less 'moody,' more 'gleeful,' and back on stage

“A Smiths reunion tour would be huge,” The Hold Steady vocalist-guitarist Craig Finn said. “They could sell out massive venues if they ever wanted to get back.”

However, the Smiths, who played to only about 2,000 fans at the Tower Theater in 1985, apparently will not reunite despite the fortune the band members could make on such a tour.

During a rare interview, which was conducted by Rolling Stone’s David Fricke at South By Southwest in 2006, Morrissey revealed that he and Marr rejected a lucrative payday for a one-time performance at Coachella.

The Mozzer explained why he passed on the generous offer. “Because money doesn’t come into it.”

Apparently the only way to experience Smiths songs with Morrissey’s vocals is to catch the inscrutable solo artist. Morrissey is touring behind his latest solo album, “Low in High School,” which dropped in November. When Morrissey performs tonight at the sold-out Fillmore, expect a couple of Smiths tunes.

Solo songs from his 13 other projects will be performed. What may even be more interesting than what Moz plays is what he chooses to say in between songs. The provocative Brit turned unlikely Los Angeleno waxed about President Donald Trump during his last local appearance in September 2016 at the Tower Theater.

“I was staying at the same hotel [in Philadelphia] as Donald Trump,” Morrissey said.

“I thought I was about to jump into an early grave.” 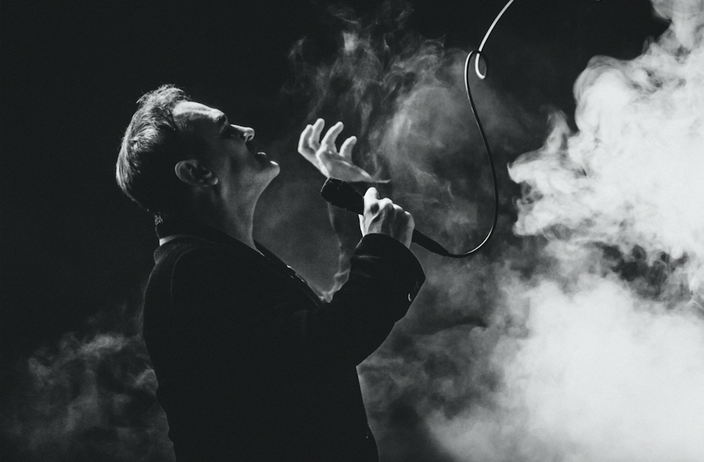 Last month, Morrissey was scorned after he defended actor Kevin Spacey, who has been accused of sexual misconduct.

“You have to assume that the boy had an inkling of what might possibly happen," he said of one of Spacey’s accusers.

The satire website, “Hard Times,” joked about the situation with the headline, “Fan Brings Earplugs to a Morrissey Concert In Case He Talks."

The contrarian has always been a polarizing figure. Unlike many of his peers, Morrissey has distanced himself from his fans and not sought out attention from the public.

“But the music he makes should be enough,” Finn said.

“We don’t have to get to know Morrissey. I’m fine with just having the songs. There was no band like the Smiths and no singer like Morrissey.”

Fans never know what Morrissey will deliver. During a show at the House of Blues in Atlantic City in 2013, Moz failed to return for an encore. Morrissey lives in the moment and that should make his shows fascinating.