Who is Philly's greatest living celebrity?

In a battle of the stars, you decide who represents the City of Brotherly Love best

Though Philadelphia is known for its contributions to the founding of America, it is definitely not a sought-after spot for those looking to make it big in today's world. Despite this, many locally raised, homegrown Philadelphians and suburbanites have become global stars.

We want to know which of Philly's hometown celebs is its greatest. Not the most famous, per se, but the one who best represents the Philadelphia spirit. Someone who is ingrained in our culture, that we claim as our own and, maybe most importantly, that we are proud of. The kind of person who, when seen on stage or screen, makes us tell our friends, "Hey, you know they're from Philly?" with a grin.

Born and/or raised in the Philly area, the stars below represent TV, music and film (and sometimes all three). Of course, a list of all the famous living Philadelphians would get a bit long, so we've left a write-in spot on our poll below. Decide who you think best symbolizes the City of Brotherly Love, then make your vote.

Photo by Mario Anzuoni/Reuters
Hometown: West Philadelphia
Known for: Parlaying a rap career with fellow Philadelphian DJ Jazzy Jeff into a starring role on "The Fresh Prince of Bel-Air" and a Grammy-winning recording career. From there, he became one of the most sought-after dramatic actors and an action star, racking up four Golden Globe and two Academy Award nominations.
Local claim to fame: "In West Philadelphia, born and raised..."
Current gig: Filming "Suicide Squad," a film based on a group of antihero super villains from DC Comics, where he plays Deadshot.

Photo by Andy Kropa/Invision/AP
Hometown: Daryl Hall, Pottstown; John Oates, North Wales
Known for: Hit songs like "Rich Girl," "You Make My Dreams" and "I Can't Go For That (No Can Do)," which made them the best-selling recording duo of all time. After recording together for more than 30 years, Hall & Oates were inducted into the Rock & Roll Hall of Fame in 2014.
Local claim to fame: Closing the legendary Live Aid concert on the Parkway in 1985 and, of course, "Fall in Philadelphia," the song off their 1972 studio debut "Whole Oats."
Current gig: Touring the nation in anticipation of their opening performance at The Fillmore Philadelphia in October. 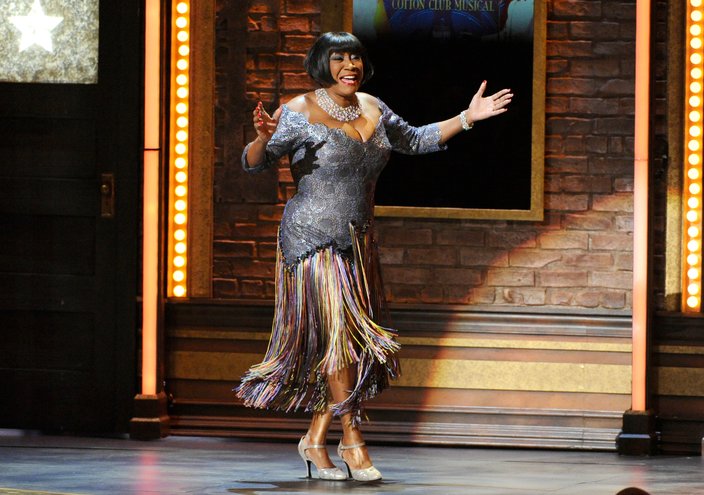 Photo by Evan Agostini/AP
Hometown: Philadelphia
Known for: Spending more than 50 years in the entertainment industry and recording hits like "Lady Marmalade," "New Attitude" and "On My Own." She's been inducted into the Grammy Hall of Fame, won a BET Lifetime Achievement Award and, most recently, competed on "Dancing with the Stars."
Local claim to fame: She's lived in Philadelphia her entire life, despite her global travels, and continues to perform at local events.
Current gig: LaBelle continues to tour, in addition to cooking up her own line of "Good Life" food products like marinades and sauces.

Photo by Mario Anzuoni/Reuters
Hometown: Jenkintown
Known for: Starring in films like "The Hangover," "American Sniper" and the film adaptation of local author Matthew Quick's "The Silver Linings Playbook." He's been nominated for three Academy Awards and one Tony Award for "The Elephant Man."
Local claim to fame: He's a huge Eagles fan. Cooper is always getting snapped wearing team gear and he's even appeared in multiple promotional videos for the team.
Current gig: Filming episodes of the TV spinoff of "Wet Hot American Summer" and starring in a TV adaptation of "Limitless," a film he also starred in.

Hometown: Philadelphia
Known for: Her inimitable, Grammy Award-winning style of R&B, soul and hip-hop and singles like "Hate On Me," "A Long Walk" and "So In Love." She's also starred in HBO's "The No. 1 Ladies' Detective Agency" and the Lifetime remake of "Steel Magnolias."
Local claim to fame: The Blues Babe Foundation, an organization that promotes academic achievement in underserved communities through student programs and scholarships. Its main focus is the Philadelphia, Camden and Delaware Valley areas.
Current gig: Promoting her brand-new album, "Woman," to be released this month, while on tour this summer.

Photo by Rich Fury/Invision/AP
Hometown: Upper Darby
Known for: Impersonating Sarah Palin during her hilarious nine-year stint on "Saturday Night Live," penning "Mean Girls" and creating "30 Rock" and "Unbreakable Kimmy Schmidt."
Local claim to fame: Bragging about Philly as Liz Lemon, visiting alma mater Upper Darby High School on occasion and being a Phillies fan.
Current gig: Producing and starring in "Fun House," the adaptation of Kim Barker's "The Taliban Shuffle," about her time as a wartime journalist in the Middle East. 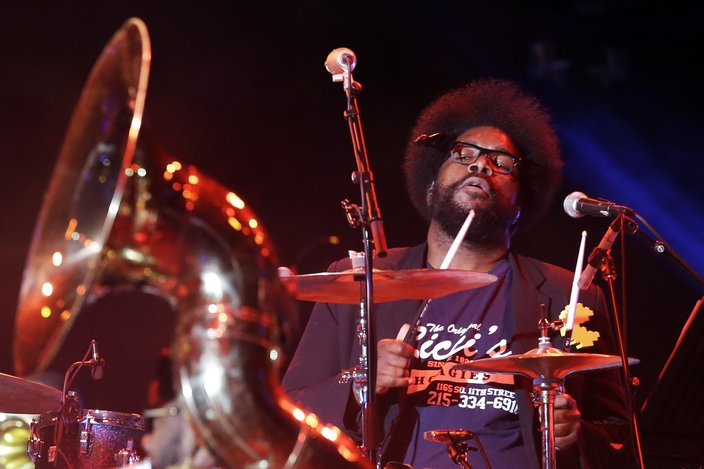 Photo by Matt Rourke/AP
Hometown: Philadelphia
Known for: Leading The Roots with Philadelphian Tariq "Black Thought" Trotter, which plays as the house band for Jimmy Fallon on "The Tonight Show," in addition to constantly touring and creating Grammy-winning music.
Local claim to fame: Seemingly headlining every concert within city limits, including the Philly 4th of July Jam for seven years in a row and hosting The Roots Picnic for eight.
Current gig: Never sleeping. When he's not performing, Questlove can be found writing, running entertainment site Okayplayer, producing and DJing.

Photo by Rich Fury/Invision/AP
Hometown: Philadelphia
Known for: Starring in "Animal House," "Footloose," "Mystic River" and the mini-series "Taking Chance," for which he won a Golden Globe. Plus, of course, "The Six Degrees of Kevin Bacon."
Local claim to fame: He's the son of urban planner and architect Ed Bacon, often called "The Father of Modern Philadelphia." He also had a spot in those persistent "Love the Arts in Philadelphia" commercials.
Current gig: Playing music with his brother Michael as - what else - The Bacon Brothers and running community service site SixDegrees.org.

Photo by John Salangsang/Invision/AP
Hometown: Wyomissing
Known for: Being the most powerful pop star on the planet, breaking all kinds of recording records, winning countless music industry awards and donating time and money to her many diehard fans.
Local claim to fame: Living in Wyomissing before decamping to Nashville at 14 years old. Despite this, Philly likes to lay claim to the global powerhouse as if she were born at Independence Hall.
Current gig: Running the world, having a super-group of best friends and convincing Apple to pay artists fairly.

Photo by Eric Charbonneau/AP
Hometown: Philadelphia
Known for: Turning from a stand-up comedian to one of the most visible comedic film stars. In just the past year he's released "Get Hard," "Top Five," "The Wedding Ringer" and "Think Like a Man Too."
Local claim to fame: Hart loves to give back to students in the area. He also starred in a very short-lived comedy about a wealthy college student who must move in with working-class relatives and attend Drexel University.
Current gig: Running his 45-city "What Now?" tour, which will end in a history-making show at Lincoln Financial Field.

Now that you've seen the candidates, vote for your favorite below - or add a write-in vote!