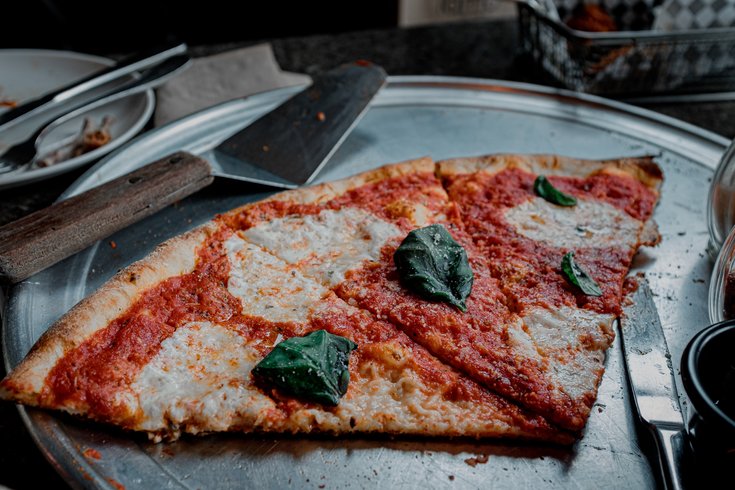 Admit it, half the fun of eating pizza is knowing it's not good for you.

But doctors have instructed me to cut back on many things, including white flour. So I began trying whole wheat pizza and pizzas with a multi-grain crust.

While the taste of such pies varies, I wondered whether whole wheat pizza, like whole wheat bread, is healthier and more nutritious. So I consulted Rosemary Trout, an assistant clinical professor of culinary arts and food science at Drexel University, and Gloria Horwitz, a retired nutritionist.

“Whole grain products tend to be more nutrient dense – meaning how many nutrients a food contains compared to the energy it provides – than products made with refined wheat," Trout said. "'Healthy' is not a well-defined and generally relative term, so I tend to avoid it."

Whole grain products include bran, germ and endosperm – the part of the grain that contains starch and, in the case of wheat, gluten proteins, Trout said. Whole grain products also contain vitamins, minerals, pigments and fiber that generally are removed during the refining process.

“Many whole-grain breads and pizza crusts are made using a combination of whole grain and refined wheat flours,” she said. “If you eat pizza every day, perhaps whole wheat crust is the way to go, but even with whole wheat crust, all things in moderation.”

Horwitz said white flour has no nutritional value at all, adding that it also doesn't fill people up, leaving them hungry.

White flour “just lays in your system, it doesn't make you feel full,” Horwitz said. She recommended having a salad with either whole grain or white flour pizza to help the digestive system work more efficiently.

From a business point of view, white flour is a cheaper commodity than the whole grain counterpart, Horwitz said.

Trout is a fan of whole wheat pizza, both for nutrition and taste: “I like a thin and slightly chewy crust, which lends itself well to whole grain pizza crust,” she said.

Because whole wheat flour bakes differently than white flour, it produces a drier pizza. When I order it, I ask for extra tomato sauce.

Of course, much of a so-called “healthy” pizza is determined by its potential toppings. Fatty meats, such as pepperoni and sausage, won't help if you're trying to eat healthy. I personally won't put chicken on any type of pie, so when I order whole wheat pizza, I order it with ham along with extra sauce.

Years ago, I asked the manager of a college food department about offering a whole wheat pizza, and he said if he did it, he'd cut it with honey. I didn't think then to ask why he would do that, but Horwitz said it would make the pie taste sweeter.

Whole wheat pizza was a craze of sorts for a while, but the public didn't take to it the way people did with whole wheat bread. So, major chains and gourmet pizza shops mostly stopped offering it.

Based on the whole wheat and multi-grain pizzas that I've sampled, the quality varies. Some taste like ketchup on a slice of whole wheat toast. Others would pass just fine as a regular pizza.

Is eating whole wheat pizza as much fun as eating regular pizza? Maybe not, but if you find a good one, you can console yourself that you're taking a little better care of yourself.