Preservationists fought to keep the retrofuturistic building standing. It will now be renovated into a resort 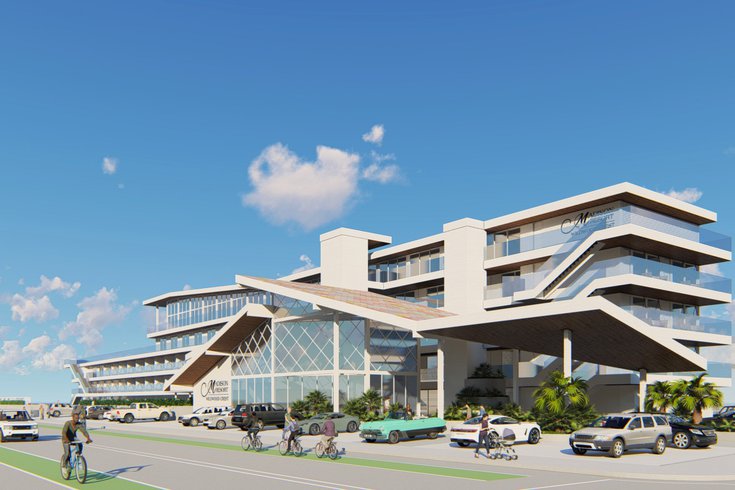 The rendering above shows plans for the renovation of the Oceanview Motel at 7201 Ocean Ave. in Wildwood Crest. Constructed in the 1960s, the building is an example of the famed Doo-Wop architecture that has been disappearing from the Jersey Shore with redevelopment over the last two decades.

Another piece of the Jersey Shore's mid-century, Doo-Wop aesthetic will be preserved and renovated in Wildwood Crest after the Oceanview Motel found a new buyer willing to keep the unique building largely intact.

Madison Resorts, which runs a handful of properties in Cape May, announced Wednesday that it acquired the shuttered motel at 7201 Ocean Ave. with plans to restore the building over the coming year.

We're so unbelievably excited to announce that we've purchased the Oceanview Motel and are joining the Wildwood Crest...

Built in 1963 as the Admiral Hotel, the property's architectural features display some of the more vibrant examples of a style that became ubiquitous in Wildwood and other shore towns. Inspired by Las Vegas and Miami Beach, the jaunty motels that popped up helped usher in a boom of tourism that have kept the Jersey Shore a vacation destination for decades.

More than 100 motels in this style have been demolished over the last 20 years, creating an urgency among local preservationists to keep some of these properties around as monuments adapted to present-day needs.

Last year, plans had emerged to tear down much of the defunct Oceanview Motel and convert it into condos, a proposal that faced pushback from Wildwood's Doo-Wop Preservation League, the Wildwood Historical Society and Wildwood Video Archive. They sought to protect the building's lobby from demolition.

“The loss of the lobby would be a major loss of Wildwood Crest’s identity. It is one of the last remaining examples of this architecture in the state,” the organizations wrote in a statement in February, making their case to the Zoning Board in Wildwood Crest.

The motel last operated during the summer of 2021, closing in November of that year with several outstanding code violations. It fell into further disrepair over the subsequent months. 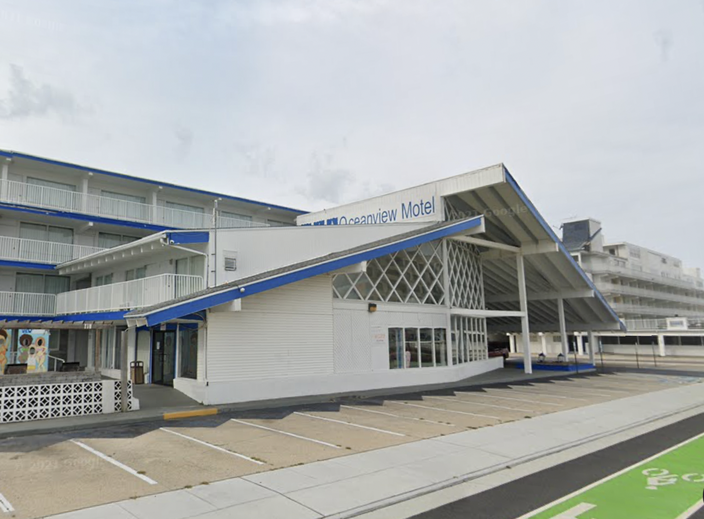 The 108-room Oceanview Motel in Wildwood Crest fell into disrepair after its closure in November 2021. Madison Resorts has purchased the Doo-Wop style building with plans to renovate and reopen it next year.

When the condominium project fell apart, the owner of the motel sought a new buyer, and Madison Resorts decided the four-story building could be salvaged with a $12 million renovation to the exterior, the lobby and the property's 108 rooms. Madison Resorts paid $10 million to purchase the 90,000-square-foot building.

Once renovated, the renamed Madison Resort Wildwood Crest will have 108 rooms and 90 suites, along with revamped amenities in the lobby and pool area. The goal is to reopen the property for Memorial Day weekend 2023.

"We are thrilled to bring the Madison Resorts family to the Wildwood Crest community," said Madison Resorts founder Dan Alicea. "With this purchase, we are excited to be able to help save and preserve such an important piece of Wildwood Crest history. We plan to keep the 62+ year old building and restore it to its retro roots along with modern touches throughout the improvement."

Despite the trend of Jersey Shore motels getting torn down for new condotels, there have been some successful efforts in recent years to keep certain properties standing. Earlier this year, Philadelphia-based developer BG Capital purchased the Isle of Capri Motel in North Wildwood and renovated the property as the Seaport Inn.

The Oceanview Motel now gets a new lease on life that will preserve some of the character that defines an era of society in the Wildwoods.

"Based on our conversations with the new owners, Madison Resort Wildwood Crest will be a Doo Wop showplace and will prove, once again, that today's discerning traveler wants to visit historic destinations that are incredibly unique, and not just another beige box," Doo-Wop Preservation League President John Donio said.