Will new Night Shift feature on iOS help you sleep?

Blue light fools the brain into thinking it's daytime and pushes back the time we're falling asleep, one expert says

The upcoming version of Apple's mobile operating system will include the ability to fingerprint lock your Notes, new additions to CarPlay, and more personalized articles in News.

More significantly, perhaps, the update will come with the new Night Shift feature, which warms the colors in your iPhone or iPad display to coincide with your evenings, according to the preview webpage for iOS 9.3. Apple claims this color shift will be easier on your eyes at night and may even help you get better sleep.

Research has shown that exposure to light from the bluer end of the spectrum at night can disrupt your circadian rhythm and prevent sleepiness. So the idea is that if Night Shift can automatically shift the colors of your screen away from the blue, using your device close to bedtime will no longer prevent a good night's sleep.

With the addition of Night Shift, Apple certainly has good intentions regarding our health with this new feature, especially given the growing literature on the benefits of sufficient sleep. But will watching Netflix in the wee hours on a bright yellowish iPad screen really be any different than staring at a bluish one? And what is so damning about blue light, anyway?

"Blue light fools the brain into thinking it's daytime, so it pushes the time that we're falling asleep until later, and this can cause fragmented sleep at night.” – James Findley, clinical director, Behavioral Sleep Medicine Program at Penn Center for Sleep

Let's start with a short discussion not about our eyes, but our ears. The human ear has two distinct sensory functions — it's used to hear sound, but also detects center of gravity and acceleration. The vestibular system, which helps us keep our balance while we stand, run, or walk, consists of tiny organs in the inner ear that send information to the brain about the position and motion of the head.

Scientists long thought that the human eye had only one function: vision. To see, we use the retina's two types of photoreceptors to detect light, called rods and cones. But through groundbreaking research, a third photoreceptor — termed intrinsically photosensitive retinal ganglion cells, or ipRGC's — was officially discovered in 2002. Instead of being used for vision, ipRGC's send ambient light levels to a master circadian clock within the brain that controls our body's biological functions — including our sleep-wake cycle. 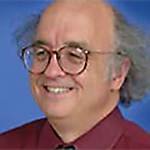 “We now know the human eye contains two complete sensory systems, like the ear,” said George Brainard, director of the Light Research Program at Thomas Jefferson University, who has investigated the effects of light on animals and humans for more than 30 years. “We have the visual system that allows us to see the world, but there's also a sensory system in the eye that detects light in order to regulate biology and behavior.”

In 2001, a year before the photoreceptor's discovery, Brainard and his colleagues published a landmark study that hinted at the presence of ipRGC's and their entwined relationship with blue light. Healthy subjects were exposed to different colored lights across the visible spectrum between 2 and 3:30 a.m. while the researchers collected blood samples to test their melatonin, a nighttime hormone that promotes sleepiness.

The subjects showed the greatest suppression of melatonin production when exposed to blue light as opposed to any of the warmer colors. So by preventing melatonin release, blue light was assumed to make the subjects feel more awake and alert. Because this wavelength sensitivity was not seen in rods and cones, which are more responsive to yellows and greens, Brainard suspected the presence of a novel photoreceptor tied to the circadian clock and not used for vision.

“Since then, other labs have studied this, and many effects of blue light have been shown. There are short-term effects not only on melatonin but on body temperature, cognitive performance and blood flow,” said Brainard. “In modern times, we light the heck out of our environment, and all of that composite additional lighting is impacting our physiology.” 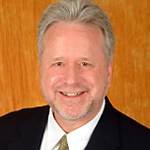 James Findley, clinical director of the Behavioral Sleep Medicine Program at the Penn Center for Sleep, recommends that people not expose themselves to electronic devices – smartphones, tablets, computers, and e-readers — in the last two hours before bedtime. He often sees patients that have insomnia or other sleep disorders that are likely related to blasting themselves with blue light-emitting devices right before or even in bed.

“Frequently, people are sitting in bed, working on their laptops or playing games on their phone – that's bad for a couple reasons: Blue light fools the brain into thinking it's daytime, so it pushes the time that we're falling asleep until later, and this can cause fragmented sleep at night,” said Findley. “The other reason is that it's not a good idea to engage in waking activities in bed, since the bed will become associated with wakefulness.”

Televisions are less likely to have an impact on melatonin production because they're not positioned as close to your face as tablets and smartphones. Same with end table lamps that are switched on when reading — those lights are much less bright and not shining directly in your eyes, so they aren't much of an issue when it comes to good sleep. Also, screen-warming software f.lux preceded Apple's Night Shift and removes blue spectrum light from Windows/Mac computers and iPhone/iPad.

Both Findley and Brainard believe the new iOS feature could be an improvement, but without hard data and rigorous research studies, no claims about better sleep by Apple should be assumed true.

“About this Night Shift feature – it's interesting,” said Brainard. “But the world awaits true scientific tests – does it do anything really, or is it based on what's been found in the literature [about blue light hindering sleep]? It's a plausible jump, but hasn't yet been tested.”