Will Smith shouts out Philly, Dr. J in new 'Will' remix with Joyner Lucas 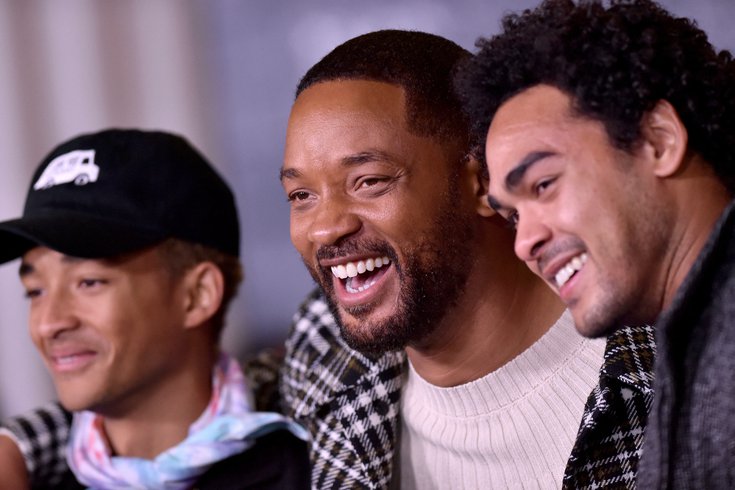 The dad in Will Smith is too strong not to permeate his latest endeavors in hip-hop, but that doesn't mean he's not a wholesome voice to hear on Joyner Lucas' 'Will' remix.

Back in March, rapper and producer Joyner Lucas released his debut studio album "ADHD," which featured an inventive music video for a song paying homage to West Philadelphia's own Will Smith.

The music video garnered praise for the way Lucas cycled through the roles of Smith's movie career, from "Men In Black" to "The Pursuit of Happyness" and "Concussion."

Last month, Smith was so mesmerized by the video and the tribute that he and his son, Jayden, joined Lucas on Instagram Live to discuss the track.

If I’m being real, I probably watched it WAYYY more than 9 times :-) Thank you @joynerlucas for your incredible art and kind spirit. Link in bio for our convo

And now, a little more than a month later, we have a remix of "Will" that features a verse from Smith, who takes the opportunity to honor his own idols.

"A shout out to Julius Irving, one of the legends I worship ..." Smith raps.

"I wouldn't be Will if I wasn't from Philly," he later adds.

Smith's attempt to revive his rap career was blasted by critics in late 2017, when he released his "Get Lit" collaboration with D.J. Jazzy Jeff. The EDM style, a big departure from the duo's Grammy-winning work in the late 1980's and early 1990's, was crushed for coming across as a dad trying very hard to be cool.

But the thing about Will Smith rapping in 2020 is that it shouldn't be taken too seriously. He's a guy doing something he loves to do that helped elevate him into a global movie star.

"Even when the streets call me corny, I still ain't never let the hate break me," Smith raps on "Will." "I just wanted their respect first. I still ain't ever letting fame change me."

You won't find Will Smith on the cutting edge of hip-hop, but sometimes it's still entertaining to hear him having fun.