The free programming will become available on Monday 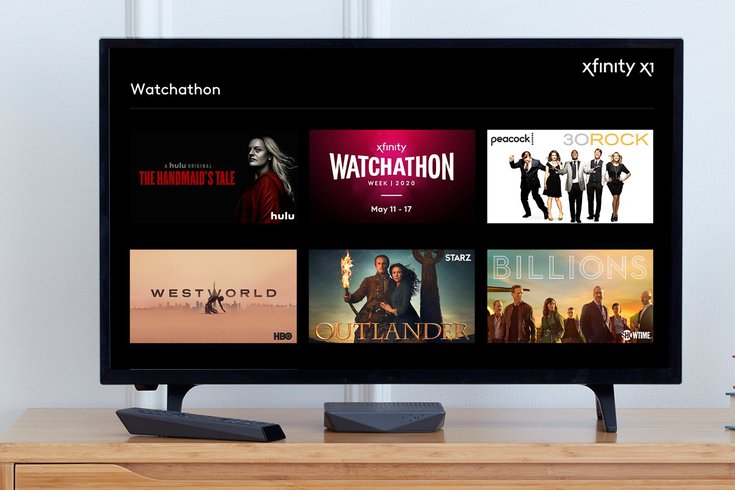 Xfinity Watchathon Week is back with over 10,000 hours of free television shows and movies.

Most Americans are still social distancing and quarantining at home during the coronavirus pandemic, giving people more time than ever to watch and stream a wide array of television shows and movies.

Xfinity video and internet-only customers will now have access to over 10,000 hours of free TV shows and movies from more than 70 networks and streaming services as part of the provider’s Watchathon Week, Comcast announced.

The week-long special of free programming, which begins on Monday and runs through May 17, will be available across X1, Flex, and Xfinity Stream. To access and view the entire library of free television shows and movies, Xfinity customers can say “watchathon” into their voice remote or by browsing daily recommendations put together by Xfinity. There also is a new channel on X1 where the entire catalog of free content can be found in one spot.

Some of the free programs that will be available to Xfinity customers this week include HBO’s “Game of Thrones” and “The Sopranos,” Showtime’s “Billions,” EPIX’s “Godfather of Harlem,” and STARZ’s “Power.” The initiative will also include NBC favorites such as “30 Rock,” “Parks and Recreation,” “Law and Order,” and “Cheers.”

This is the first time that the week-long event of free television shows and movies will include Hulu, as originals such as “Little Fires Everywhere” and “The Handmaid’s Tale” will be available to Xfinity customers.

Xfinity’s Watchathon Week comes as the average household is watching eight hours of television per day—including a 40% bump in late-night television viewing—during the COVID-19 outbreak, according to Comcast.

“Over the past month with so many customers still at home, we've not only seen a 50 percent increase in Xfinity On Demand viewing across genres of programming from drama and comedy to reality but we're noticing other interesting trends like a more than double-digit growth for discovery-related voice commands such as ‘what to watch’ and ‘surprise me,’ said Rebecca Heap, who serves as the Senior Vice President of Video & Entertainment at Comcast. “Watchathon Week lets customers enjoy free access to the best shows and movies they haven’t had the chance to watch and that everyone has been talking about, no strings attached.”

Xfinity Flex and X1 customers are also able to enjoy an exclusive free preview of NBCUniversal’s Peacock streaming service, which consists of over 15,0000 hours of television shows and movies.