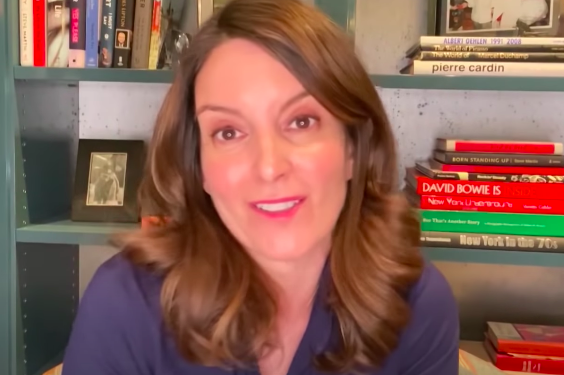 Tina Fey made a guest appearance during the Weekend Update segment of "Saturday Night Live" this weekend.

Actress and comedian Tina Fey made a guest appearance during a special quarantine edition of the Weekend Update segment on “Saturday Night Live at Home” this weekend.

The Upper Darby, Delaware County native, who previously starred on “Saturday Night Live” from 1997-2006 and co-anchored the Weekend Update alongside the likes of Jimmy Fallon and Amy Poehler, was introduced by current co-anchor and SNL cast member Michael Che.

The 49-year-old Fey said that she’s doing well at home in New York City during the COVID-19 pandemic, and she said that she’s trying to look at the positives and focus on what really matters in life.

“For example, I’m getting to spend so much more time with my passwords,” Fey said. “Apple ID, Hulu, Nintendo, Slack, Zoom, Google Hangouts, Spectrum Cable, Amazon, that other stupid Amazon app for watching things. All my passwords are a little bit different and beautiful in their own way and I see that now. Also my kids are here.”

The Emmy Award-winning Fey also said that she misses going to the grocery store and that it has definitely been stressful sometimes being in New York during the crisis. She also admitted to making up fake Latin terms to her kids while teaching them the subject at home.

Fey also provided a special, lighthearted message to mothers on Mother’s Day and gave a shoutout to nurses, doctors, and doormen for their work during the pandemic.

You can watch the full segment below here.


This weekend’s episode of SNL—which also happened to be the season finale—was the third edition of which was filmed remotely at home by the cast members due to the coronavirus outbreak. The show has not taken place in New York City since the beginning of March when the pandemic ensued.