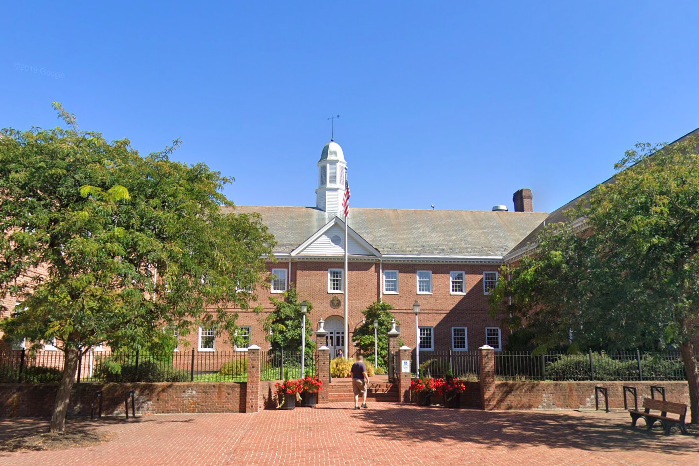 Police have arrested 24-year-old Kevin I. Waller, a Philadelphia native, for allegedly breaking into York City Hall and damaging technology equipment inside on Wednesday, Aug. 5, 2020.

The city hall in York, Pennsylvania, remains closed on Friday as officials repair damage allegedly caused by a Philadelphia man who broke into the building earlier this week.

Police discovered Waller, shirtless, wearing a mask and carrying several laptop bags, in the basement of the building when they arrived, PennLive reported. A witness reportedly told police that Waller was seen breaking into the building using a fire extinguisher.

Most of the damage was done to the city's information technology department, and repairs are ongoing, city officials said. In addition to the building being closed, York officials said the phones at city hall are not working and portions of the city's website are not functional.

The damage may have been caused by an unidentified "chemical substance" found poured over the IT department office. Police found a nearby janitor's closet door open, and they suspect the liquid came from there. Damage from the liquid cost York City approximately $350,000.

Waller is charged with burglary, trespassing and criminal mischief. He also has been arrested in a separate incident in Manchester, Pennsylvania, which is located 20 minutes north of York.