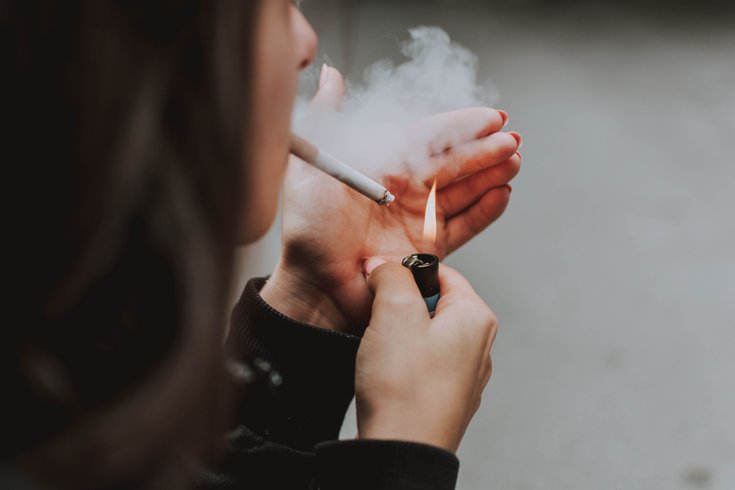 More than 6 million American youth used tobacco products in 2019, according the U.S. Centers for Disease Control and Prevention.

Some 6.2 million middle and high school students used tobacco products this year, a figure driven by  the popularity of e-cigarettes, according to the U.S. Centers for Disease Control and Prevention.

But about one-third of them used more than one form of tobacco, underscoring the addicting effect of nicotine.

The most popular tobacco product was e-cigarettes. A little more than 27% of high schoolers and 10% of middle schoolers used e-cigarettes in 2019. Students also reported using cigars, cigarettes, smokeless tobacco, hookahs and pipe tobacco.

The report also found that it is not uncommon for students to use more than one tobacco product. About 2 million middle and high school students used two or more tobacco products in 2019, putting them at increased risk for nicotine dependence.

"Our Nation's youth are becoming increasingly exposed to nicotine, a drug that is highly addictive and can harm brain development," CDC Director Dr. Robert R. Redfield said in a statement.

"Youth use of any tobacco product, including e-cigarettes is unsafe. It is incumbent upon public health and healthcare professionals to educate Americans about the risks resulting from this epidemic among our youth."

Additionally, 57.8% of youth tobacco users reported wanting to quit. A nearly identical percentage attempted to quit, ceasing tobacco use for at least a couple days.

The survey also examined the factors that contribute to the attraction to tobacco products among youth.

Advertising and promotions appear to play a big role. Nearly 90% of students reported having seen tobacco product advertisements and promotions. The use of flavored tobacco, simple curiosity and a misunderstanding of the potential harm caused by tobacco products also were factors.

Youth e-cigarette use has been under scrutiny lately with the surge in vaping injuries in the U.S.

"We are fully committed to preventing children from using harmful tobacco products, including e-cigarettes, and will continue to develop policies that will achieve that objective as soon as possible," Admiral Dr. Brett Giroir, assistant health secretary, said in a statement.

"In addition, we will continue taking other actions to address this shocking epidemic of youth use, including aggressive enforcement and compliance efforts and evidence-based public education – which includes investing in campaigns to educate youth about the many dangers of e-cigarette use including addiction, behavioral disorders, and other health risks."

Data from the National Youth Tobacco Survey was analyzed by the CDC and the U.S. Food and Drug Administration. The survey was administered to schools this year via tablets for the first time.