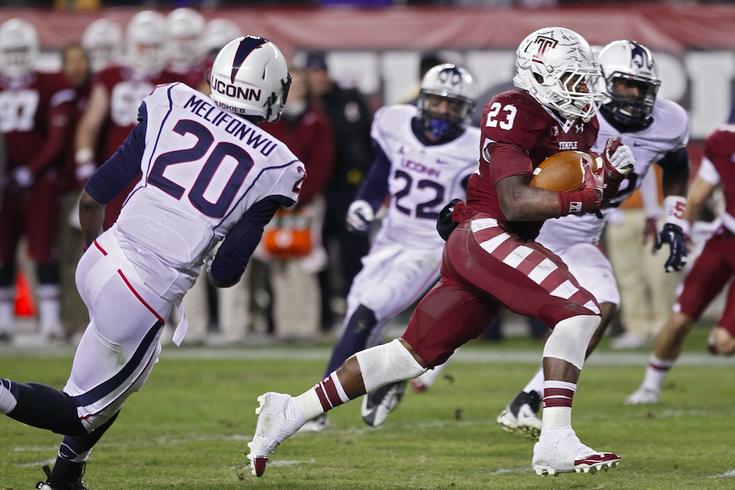 Zaire Williams, 25, was fatally shot in North Philadelphia on March 2, 2020. Williams was a running back at Temple University and grew up in Sicklerville, New Jersey. Philadelphia police are investigating the shooting.

A 25-year-old man who was fatally shot in North Philadelphia on Monday morning has been identified as a former football player at Temple University.

Zaire Williams, a running back for the Owls from 2013-2015, was mourned Monday night during a candlelight vigil in his hometown of Sicklerville, New Jersey.

The shooting occurred around 4 a.m. in the 1800 block of West Montgomery Avenue, and Williams was shot in the head. He was transported to Temple University Hospital, where he died of his injuries.

Williams was a star running back at Timber Creek High School in Sicklerville. He went on to have an impressive freshman season at Temple, where his 533 rushing yards ranked third all-time among freshman backs for the Owls.

After injuries hampered Williams over the following two seasons, he later transferred to the University of Maine for the 2016 season.

"Another soul gone too soon again," Clement said in an Instagram story. "Rest up."

Anyone with information about Monday's shooting should contact Philadelphia police at (215) 686-3220.