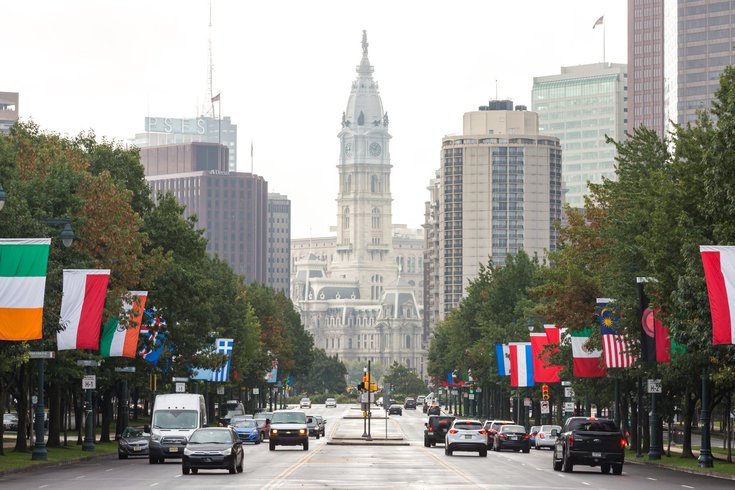 Philadelphians reacted to news that Democratic candidate Joe Biden had been declared the winner of the 2020 presidential election on Saturday, after winning Pennsylvania.

Philadelphians quickly reacted to the declaration of the winner in the 2020 presidential election, as the Associated Press and several other media outlets said that former Vice President Joe Biden was the projected winner Saturday.

LATEST: Joe Biden's win in Pennsylvania propels him to presidency over Donald Trump

Some residents left their homes to celebrate outdoors and some decided to do so online, after ballots counted in Philadelphia granted the Democratic challenger Biden the remaining votes needed to win Pennsylvania and secure victory over President Donald Trump.

Thousands gathered at the Independence Mall in Philly for a celebration organized by the Center for Popular Democracy Action.

@JoeBiden & @KamalaHarris are to be congratulated as they prepare to lead our nation. It's time for national unity and ending the division and extreme partisanship that is so destructive. We must support President-elect Biden's call for national unity.

Other Philadelphians met in West Philadelphia. Videos showed them cheering on a trolley passing along Baltimore Ave. shortly after noon Saturday.

hello from the most joyous trolley passing on baltimore ave in west philly pic.twitter.com/LszaQreReV

Even the climate is celebrating. What a glorious day to celebrate trump’s downfall. #Election2020results #philly pic.twitter.com/AcyueEUNbL

Downtown, a giant Eagle was paraded through the streets in the afternoon.

A giant Eagle is now making its way down the streets of Philadelphia pic.twitter.com/AQAn2XM1ew

More residents were also spotted gathering at city hall, honking their horns all over the city, and waving Eagles flags.

The entire city of Philadelphia sounds like this! pic.twitter.com/d0iE4Fg8iG

Other people took to Twitter to discuss the results, with Biden supporters showing their appreciation for Philadelphia and Pennsylvania. One person even suggested Gritty swear Biden in.

Since Philadelphia came to our rescue in the eleventh hour, Biden should be sworn in with a Bible held by Gritty. pic.twitter.com/LsAWTNwJQ2

I don’t have a Joe Biden T-shirt, but by God I’ve got one celebrating Philadelphia and Pennsylvania. pic.twitter.com/N9WtBBBEFB

From Philly, with love ♥️ *This video does not come with a hoagie, but by all means, please celebrate with one for me. pic.twitter.com/sfSz9szEX8

Congratulations to @JoeBiden and @KamalaHarris on their historic victory. We elected a President who will lead with moral courage, personal conviction, and facts. It is no exaggeration to say that changing the way our country approaches this ongoing pandemic will save lives. pic.twitter.com/5r1Bn1eMHI

Pennsylvania is proud to send a native son to the White House who's never forgotten his Scranton roots.

In Vice President-elect Harris, we'll have a fighter against injustice prioritizing working people.