First major production to shoot in city since COVID-19 pandemic 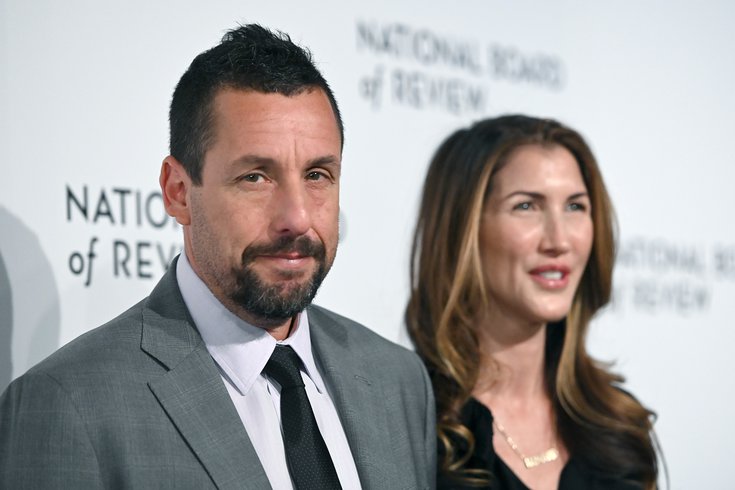 Adam Sandler, pictured with his wife Jackie, will star in a new Netflix movie 'Hustle' where he plays an ousted basketball scout. The Netflix film will is set to begin production in Philadelphia this fall.

Another major movie is planning to use Philadelphia as its backdrop, with filming slated to begin this fall.

The film will be directed by Jeremiah Zagar, the son of the artist who made Philadelphia's Magic Gardens, Isaiah Zagar.

No large-scale film projects have been filmed in Philadelphia since the start of the coronavirus pandemic – and they've been limited nationwide. Film sets, especially those of larger productions, often bring too many people into too close quarters to allow for proper social distancing.

Word got out that "Hustle" was filming in Philly in May. Last week, the Greater Philadelphia Film Office posted that Netflix is seeking crew members for a movie filming in the city this fall.

"We are back!" the Instagram post said. "A new Netflix feature is now accepting resumes for all crew positions! The film will shoot in and around Philadelphia from September-December, 2020."

A specific date to begin production has not been announced due to the ongoing COVID-19 crisis. A spokesperson from Heery Loftus Casting, which is involved in the film, told The Inquirer that they are working to take necessary precautions amid the pandemic.

Netflix recently extended its contract with Happy Madison to include four more films.

The sports angle of "Hustle," does not stray far from the 2019 film "Uncut Gems," in which Sandler plays a New York City jeweler to former basketball star Kevin Garnett.

Zagar has directed the feature-length films "We the Animals" and "In a Dream," along with several short films and documentaries. His mother, Julia Zagar, is the owner of Eyes Gallery, an art space in Philadelphia.

To look for available positions on the set of "Hustle," click here.