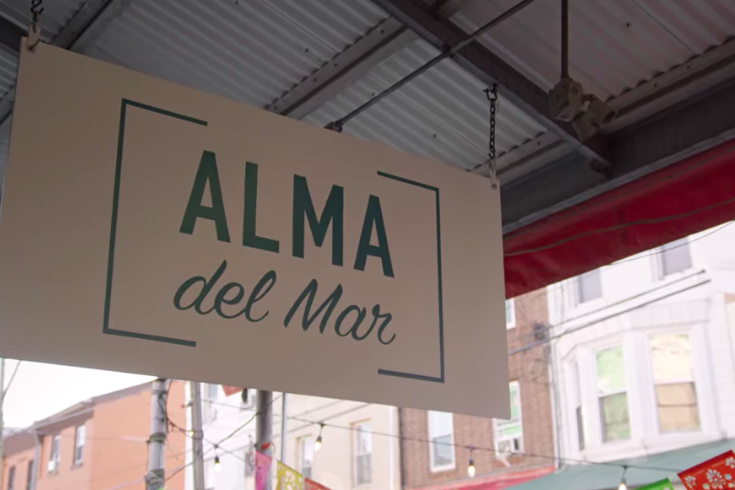 Alma Del Mar gained the attention of the Philadelphia food scene when its owner was featured on the most recent season of the Netflix show "Queer Eye."

The Fab Five helped Marcos Tlacopilco design a new restaurant – and redesign himself – in the "Father Knows Fish" episode of Season Five. Now, the restaurant is officially open in the Italian Market.

The restaurant's menu will feature Mexican and American offerings, often with an emphasis on seafood, Tlacopilco's speciality. His famous crab and corn chowder, which he perfected on "Queer Eye" with the Fab Five's Antoni Porowski, also is available.

For now, the restaurant is only open for outdoor dining and takeout due to COVID-19 restrictions in Philadelphia.

Alma Del Mar is notably decorated with a mural featuring the cast of Queer Eye. It includes the saying "A todo lo que hagas ponle el corazon," a phrase often used by Tlacopilco, which roughly means "put your heart into everything you do."

The restaurant has been described as a family affair, as Alma and their kids participate in the business. The family posed next to the mural for opening day.