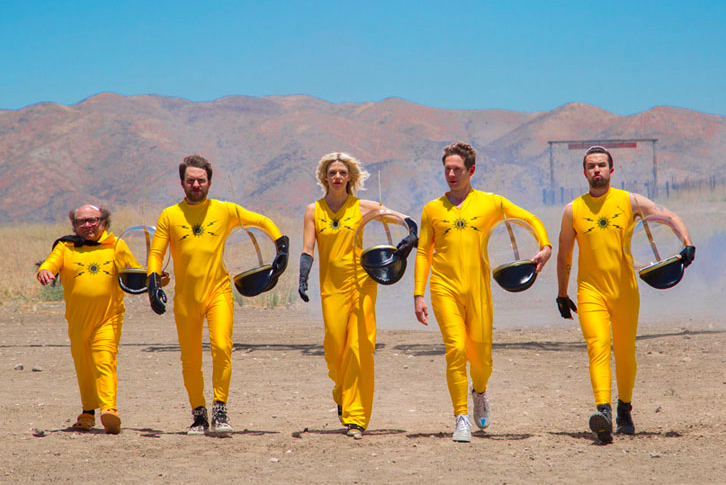 Preston & Steve’s 'Battle of the Self-Proclaimed Expert: It's Always Sunny in Philadelphia' will give the most diehard fans a chance to meet their loathsome heroes at The Met Philadelphia on Sept. 19.

Most fans of "It's Always Sunny in Philadelphia" can confidently rattle off factoids about the long-running sitcom, from the tenets of the D.E.N.N.I.S. system to the vagaries of Bird Law.

But then there are fans who have a hardcore, borderline unhealthy obsession with The Gang's history over 15 seasons.

If you belong to the second group, 93.3 WMMR's "The Preston and Steve Show" wants to hear from you.

The Philly morning radio tandem are holding a "Battle of the Self-Proclaimed Expert" contest to identify the most knowledgeable fan of "It's Always Sunny in Philadelphia."

The winner of a trivia showdown will get to meet the show's creators — Rob McElhenney, Charlie Day and Glenn Howerton — during a meet-and-greet before their live taping of "The It's Always Sunny Podcast" at The Met Philadelphia on Monday, Sept. 19. The winner also gets a VIP experience at the event.

McElhenney appeared on the radio show Wednesday morning to talk about the premier of "Welcome to Wrexham," his new FX documentary series that follows his co-ownership of the Welsh soccer team Wrexham A.F.C. with actor Ryan Reynolds.

Fans who think they have what it takes are encouraged to enter the contest by writing a "short story" explaining their obsession with the sitcom. Two finalists with the best submissions will be selected to appear on "The Preston and Steve Show" on Thursday, Sept. 1 at 8 a.m. They'll face off in a head-to-head trivia competition to crown a champion.

The deadline to enter the contest is Monday, Aug. 29. May the eventual winner enjoy a celebratory shot of The Gang's new Four Walls whiskey.