'It's Always Sunny' has featured Philly for 17 years, but it was first envisioned as a Hollywood-centric show

By the time FX broadcast the sitcom's first episode, many details, including its setting, had changed 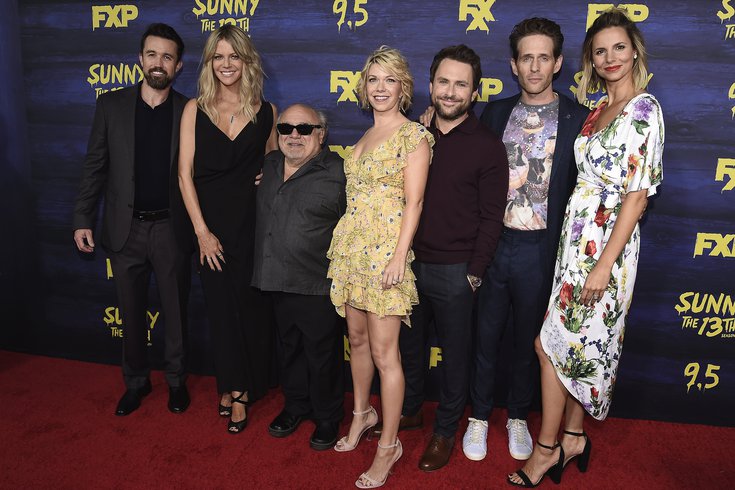 The popular FX sitcom 'It's Always Sunny in Philadelphia' was originally supposed to be set in Los Angeles and focused on a group of struggling actors. The setting was switched prior to the show's first episode in 2005.

After nearly two decades on the air, it would be hard to imagine "It's Always Sunny in Philadelphia" being set anywhere else.

The show's creator, Rob McElhenney, initially intended for the sitcom to be set in Los Angeles. But by the time FX broadcast its first episode on Aug. 4, 2005, that had changed. So had the premise for its characters.

The gang was first envisioned as a group of small-time actors who were struggling to make it in Hollywood, not the staff of a hole-in-the-wall Irish pub in South Philly. That's why the original title was "It's Always Sunny on Television."

McElhenney and his co-stars, Glenn Howerton and Charlie Day, produced a pilot of the Los Angeles version for less than $200. It proved to be a hit with the executives at FX, but it needed some changes.

The FX executives felt there were too many sitcoms about Los Angeles on the air at the time. They decided "It's Always Sunny" needed to differentiate itself with a unique new location. They picked Philadelphia, where McElhenney – who plays Mac – was born and raised.

Still, McElhenney believes "It's Always Sunny" would have worked in any setting.

"The fact that they were actors had nothing to do with the story, because it was all about how they're scumbags and get over on each other," he said in a behind-the-scenes clip from FX. "We can put scumbags anywhere we want to."

The first season of the show wasn't a complete departure from the pilot, which has never been released in full. Its plot was repurposed for the season's fourth episode, "Charlie Has Cancer."

McElhenney said the concept for the episode's first scene – which features the protagonists Dennis, played by Howerton, and Charlie, played by Day – is what inspired him to create the rest of the show.

In the pilot, Dennis visits Charlie's apartment to borrow a cup of sugar. Charlie tells Dennis that he may have cancer and looks to his friend for support. But Dennis wriggles his way out of the situation by leaving the apartment as soon as possible.

The scene largely remained the same in the first season, but Dennis instead wanted to borrow a basketball.

The pilot's script was written by McElhenney and Howerton, who became friends after they kept running into one another at auditions, according to the first episode of "The Always Sunny Podcast."

Day was also an aspiring actor and a common sight at auditions at the time. He and Howerton became close after they carpooled home from the auditions for "That 80s Show," a failed sequel to "That 70s Show." Howerton earned a starring role in the show.

At the time, Day had been filming short, homemade comedy films to promote himself to casting directors.

"It was the 2000 equivalent of TikToks," he said in the podcast.

This inspired McElhenney and Howerton to make their own shorts, but they eventually decided they would work better as a TV show.

Their pilot also included the character Sweet Dee, but she wasn't played by Kaitlin Olson. Instead, she was portrayed by McElhenney's ex-girlfriend, Jordan Reid, who was axed from the show after the couple broke up. McElhenney went on to marry Olson in 2008.

The pilot also had an early version of the recurring character Carmen, a transgender woman and Mac's on-and-off love interest. But she's played by Brazilian actress Morena Baccarin instead of Brittany Daniel.

In the pilot, Mac appears to be a highly fictionalized version of McElhenney. In one of his interactions with Carmen, she mentions seeing him in an episode of "Law & Order." One of McElhenney's earliest professional gigs was a guest appearance on the show.

The 15th season of "It's Always Sunny" aired last year. The show was renewed through its 18th season in 2020, but it's not yet clear when production will begin.