Any rest before 3 p.m. should be no longer than 15 to 20 minutes to limit the impact on nighttime sleep, experts say 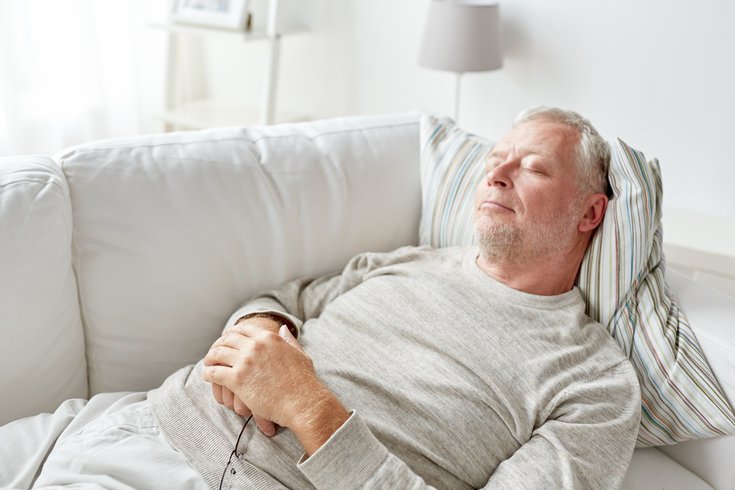 Older adults who take long and frequent daytime naps are at an increased risk of developing Alzheimer's disease, according to one study.

Older adults who take long and frequent daytime naps may be at an increased risk of developing Alzheimer's disease, according to new data.

Researchers from Brigham and Woman's Hospital in Boston discovered a bidirectional relationship between daytime sleep and cognitive decline. Excessive daytime napping was shown to be a predictor of future Alzheimer’s risk and a diagnosis with the disease increased the amount of daytime napping.

“The vicious cycle we observed between daytime sleep and Alzheimer’s disease offers a basis for better understanding the role of sleep in the development and progression of Alzheimer’s disease in older adults,” said Peng Li, an assistant professor of medicine at Harvard and lead author on the study.

The study included 1,401 participants between the ages of 74 and 88 who wore a movement tracker for two weeks every year from 2005 to 2020. A nap was considered any lack of movement for an extended period of time between 9 a.m. and 7 p.m.

Findings showed that the participants who napped at least once a day for more than an hour were 40% more likely to develop Alzheimer’s than those who napped less than an hour a day or not at all.

Investigators also discovered that while daily daytime napping increased by about 11 minutes per year on average for adults with no cognitive impairment, those with an Alzheimer's diagnosis napped for an additional 68 minutes per day.

This means a drastic increase in daytime napping could be a signal of accelerated cognitive aging, said Yue Leng, a professor at the University of California San Francisco who contributed to the study.

“We found the association between excessive daytime napping and dementia remained after adjusting for nighttime quantity and quality of sleep,” she said. “This suggested that the role of daytime napping is important itself and is independent of nighttime sleep."

Leng said there's not enough evidence to show that excessive napping causes cognitive decline. The study simply found that there's a link between the two.

The research reinforces what Leng and other investigators found in a previous study, which discovered that two-hour daily naps raised the risk of cognitive impairment more than daily naps that last less than half an hour.

The findings also support another UCSF study which found that the brains of deceased Alzheimer's patients have fewer wake-promoting neurons than those without the disease. It tied this shortage to the formation of tau tangles – a hallmark of dementia caused by increased enzyme activity that leads proteins to misfolding and clumping.

The latest study is based on data collected by Rush University's Memory and Aging Project over nearly a decade and a half.

“Further studies are warranted with devices that are validated to detect sleep versus sedentary behavior,” Richard Isaacson, director of the Alzheimer’s Prevention Clinic at Florida Atlantic University, told CNN. “But at the same time, being sedentary and not moving for long periods of time is a known risk factor for cognitive decline and Alzheimer’s."

Leng noted that limited increases in daytime sleep are a normal part of aging. Nighttime sleep quality tends to decline in the elderly due to pain and the side effects of other chronic medical conditions, like frequent trips to the bathroom.

Researchers said that older adults and their caregivers should keep tabs on daytime naps and report any significant increases to a doctor. Any naps taken before 3 p.m. should be no longer than 15 to 20 minutes to limit any impact on nighttime sleep.