Amazon Prime members in Philadelphia and three other cities can now get speedier same-day delivery thanks to newly expanded service for a wider range of items, the company announced Tuesday.

Up to 3 million items on Amazon will now be marked "Today by" when Prime members are shopping online. There will be four windows of time during which customers can have these items delivered. 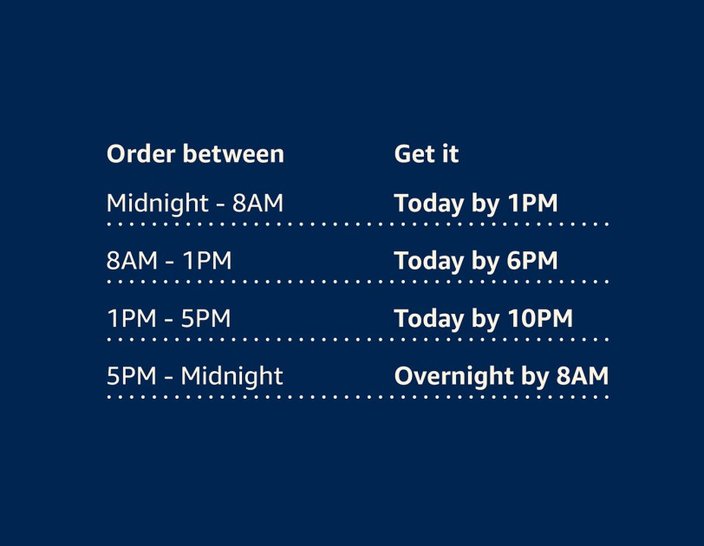 Source/Amazon
"Making so many daily deliveries across such a large selection of products isn’t an easy job. We’re able to do so by storing need-it-today items in brand new facilities we built even closer to customers," the company said in a statement. "These are first-of-their-kind buildings and serve as mini-fulfillment centers optimized for faster click-to-delivery speeds."

Amazon's employees have challenged the company in recent years over its carbon footprint, protesting corporate donations to climate-change denying politicians. The company's provision of cloud computing services to oil and gas companies, which use them to locate new areas to drill, have also come under fire.

In 2018, Amazon unofficially reported that its carbon footprint was 44.4 million metric tons, a number larger than some rivals but smaller than Walmart's, according to Bloomberg. The company pledged last fall to be net zero carbon by 2040, which would be ten years before the Paris Climate Accord's goal.

The expanded service also will be available now in Phoenix, Orlando and Dallas.

Same-day delivery is free to Prime members on qualifying orders over $35 or $2.99 for delivery on orders under $35. Customers can visit the zip code checker on amazon.com/sameday to see the delivery options available where they live.