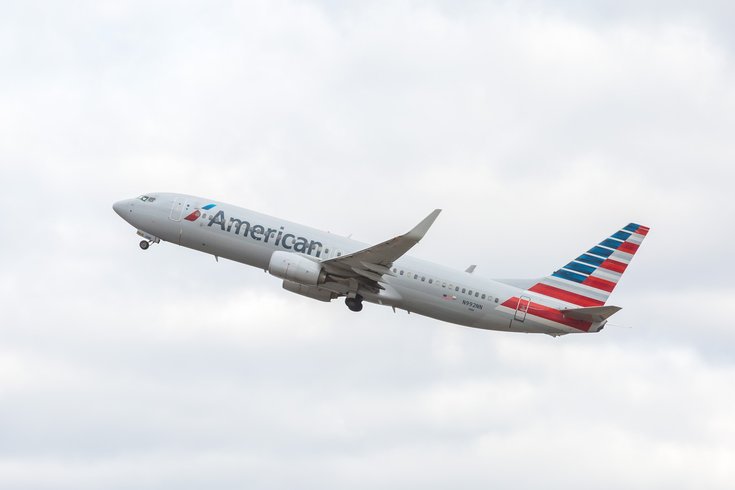 American Airlines will begin offering buses as connecting flights to and from Philadelphia International Airport with airports in Allentown and Atlantic City.

American Airlines is expanding its network into and out of Philadelphia with a new bus service that will connect the carrier's hub with two other airports in the region.

Passengers traveling to or from Philly, Allentown or Atlantic City will be able to book connecting itineraries through American, according to The Points Guy.

Travelers whose trips begin in Allentown or Atlantic City will check their bags and go through security as if they were taking a normal flight. However, passengers will board a bus rather than a flight to Philly.

Pending approval, passengers will be dropped off at their terminals in Philly without having to go through security again. Bags will be automatically transferred to their connecting flights.

Travelers landing in Philly will head to a dedicated gate from where the bus will pick up. Bags will be automatically transferred to the bus.

American's connecting bus service will operate three round-trips per day between Atlantic City and Philly and two daily runs to and from Allentown.

Tickets will go on sale Monday, with trips scheduled to begin June 3.

The bus service will be provided by Landline. Founded in 2019, the Colorado-based bus company provides a similar service for United Airlines in Denver and Sun Country Airlines in Minnesota and Wisconsin. Buses will be outfitted with American's logo.

American said that the forthcoming bus service will be an easier way for passengers to travel between the airports. The Fort Worth, Texas-based airline carrier also said that it will help travelers from Allentown and Atlantic City better access American's international flights in Philly.

The airline's expansion of its regional footprint to buses over flights could be driven by pilot shortages and higher gas prices, Airline Weekly reported, forcing carriers like American to explore more cost-effective travel options for passengers.

Staffing shortages have already forced American to suspend dozens of routes flown by regional affiliates across its network this spring and summer.

American's regional affiliate, American Eagle, services flights from Allentown to Chicago and Charlotte. The airline previously operated flights between Philly and Allentown until the route was suspended in May 2020. The two airports are separated by only 73 miles.

Atlantic City International Airport is a new addition to American's map. Before merging with American in 2015, U.S. Airways served Atlantic City nonstop from Philly on and off again until 2003. The two airports are separated by only 56 miles.