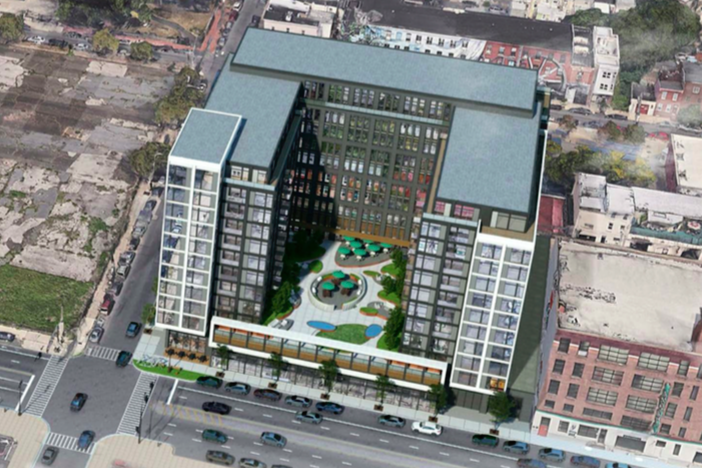 The proposal at 13th Street and Washington Avenue in South Philadelphia calls for 375 apartments.

The long arc of development around Washington Avenue and Broad Street may have another project in the pipeline at a vacant lot on 13th Street.

A Tower Investments proposal submitted to Philadelphia's Civic Design Review board would bring an 11-story, U-shaped complex to the intersection — with 375 apartments, 30,000 square feet of office space and 7,000 square feet of retail space on Washington Avenue. Underground parking would include 78 spaces.

Renderings for the project, designed by BKV Group, call for a courtyard between the building's two wings. 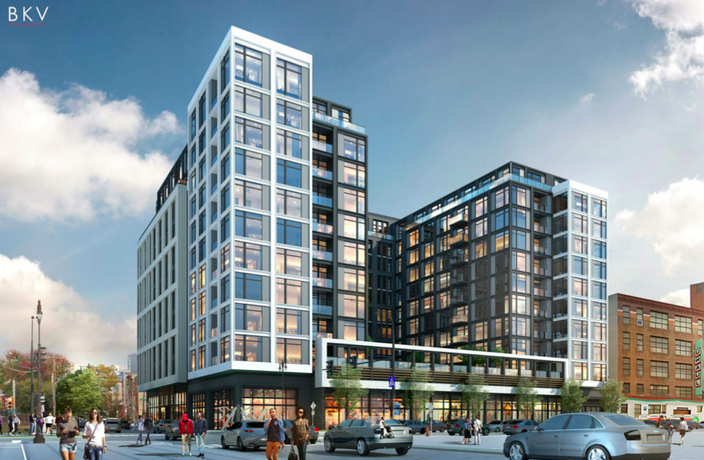 The project joins efforts to transform Washington Avenue around Broad Street, where Lincoln Square was completed two years ago and where Tower Investments CEO Bart Blatstein is nearing the final version of a proposal on the opposite corner, one that has been reworked for years.

The larger Blatstein project calls for 1,100 apartments and about 65,700 square feet of ground floor commercial space, most of which will be occupied by a Giant grocery store. Lincoln Square previously brought a Sprouts market and Target to the intersection.

Development plans around the busy intersection come as Philadelphia prepares to embark on an improvement project that will reshape traffic patterns on Washington Avenue from Grays Ferry Avenue to 16th Street and from 12th Street to Fifth Street. The stretch from 15th Street to 13th Street will remain as it is today due to the high vehicle volume around Broad Street.

The proposal at 13th Street and Washington Avenue requires approval. A timeline for the project is still to be determined.