Police responded to rumors about a weapon at the school, but didn't find one 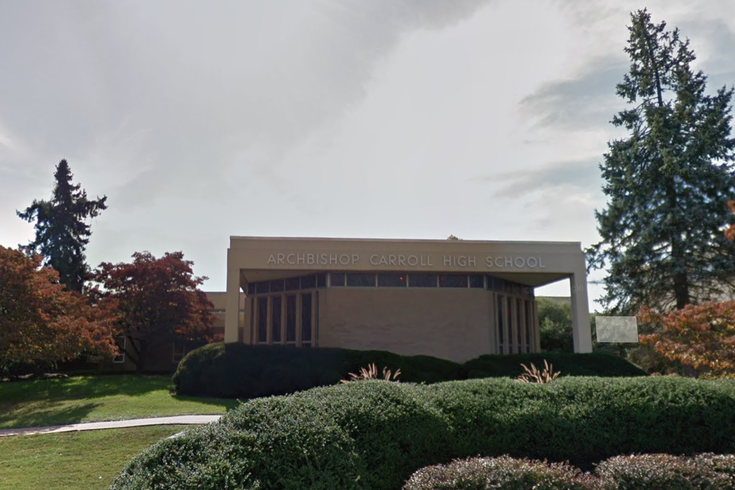 Archbishop Caroll High School was briefly placed on lockdown Wednesday afternoon when police responded to rumors of a weapon at the school.

Archbishop Carroll High School was briefly placed on lockdown Wednesday afternoon when police responded to a report a student had brought a weapon to school.

The school was placed on lockdown shortly before noon, according to the Radnor Township Police Department, and the lockdown was lifted shortly after 12:15 p.m.

Around 12:20 p.m., police announced officers had detained one person and determined there was no further threat to students. Students returned to scheduled classes, police said.

CBS3 reported that a student was detained, and that the student had brought a gun with him to the school. Police told reporters instead that officers initially responded to a report of a weapon in the building, and no weapon was recovered by police.

As of 2 p.m. Wednesday, no one from the school had been arrested or charged in connection with the investigation.

. @RadnorPD say they came to Archbishop Carroll High School for rumors of a weapon...however no weapons have been recovered at this time, and the lockdown has been lifted. Some parents are picking their kids up from school now. pic.twitter.com/5gY3OS3Kcz

An investigation is ongoing, according to police.