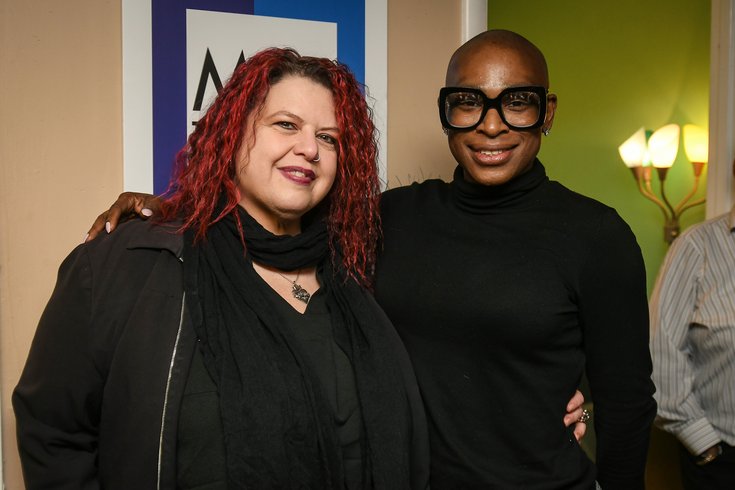 The Arcila-Adams Trans Resource Center officially opened its doors inside the William Way LGBT Center in Philadelphia. Designed as a community hub on the center's fourth floor, it provides health care referrals and job services, as well assistance accessing community services specific to the transgender community.

The comfortable new space, a kind of center within a center at 1315 Spruce St., is named for two formidable leaders within Philadelphia's trans community.

Charlene Arcila, who founded the Mazzoni Center's Trans Health Conference, the largest free transgender conference in the world, is perhaps best known for filing what would become the groundbreaking lawsuit against SEPTA that ended the use of gender-identification markers on transportation passes in 2013.

And Jaci Adams was a well-known AIDS activist who became an important figurehead and mentor to the transgender community before she died in 2014.

At a time when the fate of transgender rights is uncertain across the country, and the murder of black transwomen has become epidemic, the William Way LGBT Center helped to celebrate Transgender Awareness Month by officially inaugurating the new space during a recent community reception that welcomed political leaders, including Rep. Brian Sims, and community leaders, like Frannie Price of Philadelphia Gay Pride.

Sue Gildea, co-chair of the board of William Way said it made sense to open the Arcila-Adams Trans Resource Center within a space that already celebrates and serves Philly's diverse LGBT community.

"The Trans Resource Center will provide a much-needed safe place for our city's trans community," Gildea said. "We want a place where our trans friends can come and be their authentic selves."

Celena Morrison, program director at William Way who has been instrumental in helping to create the new resource center, said the plans for the new space had been in the works for about a year.

"The initiative came from a need for focused services for the city's trans population," Morrison said. "The goal is to provide our trans and gender-nonconforming community members with a safe space to get connected to opportunities, resources and services and to a have a space to build community." 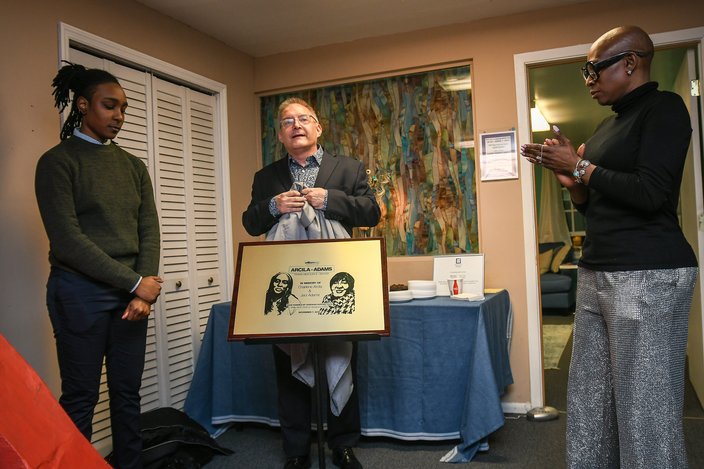 One of the main goals of the center is to be able to provide trans people with important resources in a calming and comfortable environment with both private rooms and shared areas that allow people to access vital information and ultimately seek support among fellow community members.

Morrison is also working with local programs like TransWork, an employment initiative that connects trans people with employers that launched in cooperation with the Independence Business Alliance, Philly's LGBT Chamber of Commerce.

TransWork has already held two job fairs in the city and a new partnership with Independence Blue Cross. Job insecurity is an enormous challenge in the trans community, Morrison said. According to the National LGBT Task Force, transgender workers are at greater risk for unemployment and poverty than the population as a whole. More than four in 10 transgender people are currently un- or underemployed.

Other resources related to health and legal affairs will also be available at no cost. "I've also been in talks about providing workshops around end-of-life documents and name changing," Morrison said.

To create the space, Philly AIDS Thrift and PAT at Giovanni's Room made an initial $20,000 grant. Michael Byrne, Philly AIDS Thrift board president, said Giovanni's Room, America's oldest operating LGBT bookstore, has always been a hub for community, so for the board, it made sense to be able to fund this new project, and to ultimately help create a space specific to transgender needs.

"The goal is to provide our trans and gender-nonconforming community members with a safe space to get connected to opportunities, resources and services and to a have a space to build community." – Celena Morrison

"Now there's a place here at William Way where people don't have to be looking over their shoulder," Byrne said during the opening reception at the Arcila-Adams Trans Resource Center.

Bartlett envisions the center as a safe place for the transgender community to not only access free resources but to also find empowerment. He hopes it will become a model for how other organizations develop programs for this underserved community, he said.

Deja Lynn Alvarez, a trans activist and William Way board member, said Arcila-Adams Trans Resource Center couldn't come at a better time, noting that it's a way for the LGBT community "to be more inclusive … to people of color, to trans people, particularly trans people of color, in particular black trans women who are being murdered at an incredible rate."

This year alone, 22 transgender women have been killed in the U.S. – and these are only the cases that have been reported. It's estimated that this number is likely higher, and there are many transgender women of color in particular who go missing each year due to violence.

In Philadelphia, several recent killings of transgender women have inspired a new look at the way trans and gender-non-conforming people are treated. Mayor Jim Kenney signed three new city ordinances earlier this month that are designed to provide better safety and public accommodation access for trans and non-binary people. This means that youth organizations, for example, will need to implement policies that protect trans children from bullying and discrimination, and all city properties must also now have gender-neutral bathrooms on site.

Alvarez said that she hopes that the bigger focus on trans awareness in Philly, and particularly the opening of an actual space created for and by the transgender community, can ultimately show the city, the rest of Pennsylvania and the rest of the country that trans issues do matter.