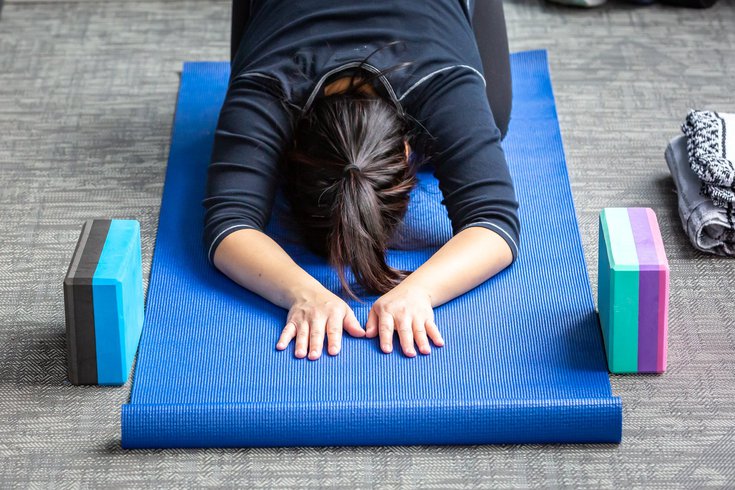 Patients with atrial fibrillation experienced improvements of the symptoms associated with the heart condition while practicing yoga, a new study says.

A daily yoga routine may help people with one heart condition better manage their symptoms and lower their blood pressure, according to new research.

People with atrial fibrillation –  is the most common heart rhythm disorder and often known as AFib or AF – experienced significant improvements of all symptoms, such as heart palpitations, shortness of breath and dizziness, during times when they practiced yoga compared to times they did not, according to scientists at the European Society of Cardiology.

"Our study suggests that yoga has wide-ranging physical and mental health benefits for patients with atrial fibrillation and could be added on top of usual therapies," Dr. Naresh Sen, one of the study authors, said.

The study examined 538 people with AFib during two separate time periods — first, 12 weeks when the group did no yoga and then 16 weeks when the same people participated in a 30-minute yoga class every other day. Each yoga class instructed people do perform postures (asana) and breathing exercises (pranayama), and researchers also encouraged participants to do yoga at home on their own, daily during those second 16 weeks.

When researchers compared people's health before and after taking yoga, they found that on average, the research group experienced atrial fibrillation symptoms 15 times during the 12-week period prior to taking the yoga classes. During the 16 weeks classes were taking place, that average number of AFib symptoms dropped to only eight.

Atrial fibrillation increases the risk of death by as much as 50% among men and doubles the risk among women. Researchers examined yoga's ability to ease common symptoms associated with the condition, including heart palpitations, irregular heart rate, chest pain, shortness of breath, and dizziness.

Yoga utilizes both movement and breathing techniques to activate the parasympathetic nervous system and slow the body's stress response. As a result, this system, also known as the "rest and digest" system, slows heart rate.

There are many popular yoga studios in Philadelphia — like Yoga Habit in Fairmount, Amrita Yoga and Wellness in Fishtown, and Palo Santos Wellness Boutique in East Passyunk — but people also can learn to practice yoga at home. This video demonstrates four heart-healthy yoga poses.

It is also important to note some yoga postures should be avoided by those with heart conditions, according to Yoga Journal. Those include boat pose, headstands, and upward bow pose. When taking a yoga class in person, it is also recommended that people let their teachers know about any injuries or medical conditions.