Infants should be placed alone on their backs on a flat, firm mattress covered only by a tightly-fitted sheet, AAP says 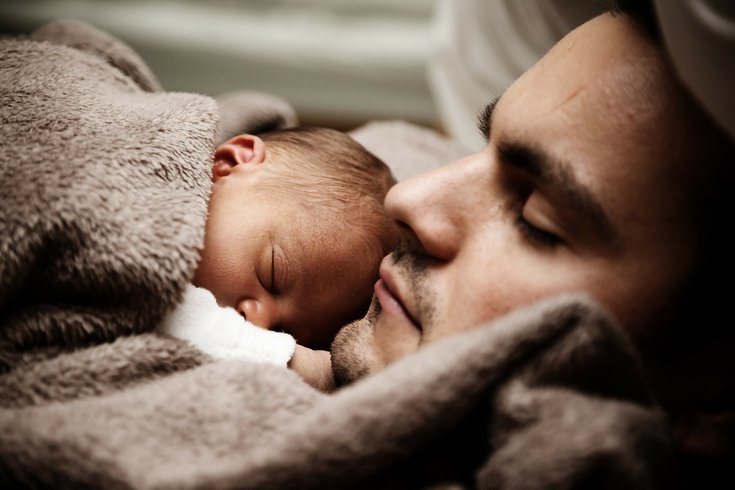 About 3,5000 infants in the United States die from from sleep-related causes each year. Studies show that co-sleeping with an infant raises the baby's risk of injury or death.

Babies need to sleep on a flat surface and should never share a bed with another person, the American Academy of Pediatrics emphasizes in its new safe sleep guidelines.

About 3,500 infants in the United States die from sleep-related causes each year. The latest AAP guidelines, released Tuesday, reflect research that shows co-sleeping with an infant raises the baby's risk of injury or death.

Many parents choose to share a bed with a child to help with breastfeeding, for cultural reasons or because they believe it is safe, said Dr. Rebecca Carlin, a pediatrician at Columbia University Irving Medical Center who helped draft the guidelines. But evidence is clear that co-sleeping is unsafe.

"For that reason AAP cannot support bed-sharing under any circumstances," Carlin said.

The AAP advocates for babies to sleep in the same room as their parents for at least six months – as long as they are on a separate sleeping surface.

This is the first update to the guidelines since 2016. The guidelines aim to prevent sudden unexpected infant deaths, including those caused by sudden infant death syndrome, or SIDS. The subtype is used to explain deaths that have no direct cause.

The AAP guidelines say babies need to be put to sleep alone on their backs on a flat, firm mattress covered only by a tightly-fitted sheet. There should be no extra bedding or bumpers. They should not be placed on an incline.

"A great way to test if a surface is too soft is to press your hand down and then lift it up. If your hand leaves an indentation, it's too soft," Alison Jacobson, chief executive officer of First Candle, a national nonprofit committed to the elimination sleep-related infant deaths, told CNN.

The guidelines state that soft toys, blankets, pillows, soft bedding, sleep positioners and crib bumpers should be avoided because babies can become trapped in them and suffocate.

The AAP advises parents against falling asleep with a baby on a couch or armchair, or placing a sleeping baby on a cushion. These scenarios increase the risk of infant death by 67%, research suggests.

Additionally, the risk of sleep-related infant deaths is 5-10 times higher among babies that are preterm, born with a low birth weight, share a surface with someone who isn't a parent or under 4 months old.

Dressing a baby too warmly for sleep, especially in a warm room, also can increase the risk of sleep-related infant death. Babies only need one more layer than an adult typically wears to bed. They should not wear hats while sleeping.

In the 1990s, researchers found that infants who were laid to sleep on their backs on firm crib surfaces without soft bedding had the lowest risk of SIDS. Sleep-related infant deaths declined significantly afterward, but have remained stagnant since 2000. Racial disparities exist, too.

The rate of sudden unexpected infant deaths among Black infants was more than double the rate of white babies between 2010 and 2013. The rate among Native American babies was nearly three times as high. These deaths may occur because of a blocked airway, choking, injury, infection or cardiac or metabolic dysfunction.

"We've made great strides in learning what keeps infants safe during sleep but much work still needs to be done," said Dr. Rachel Moon, the lead author of the guidelines and a pediatrician at UVA Children's Hospital in Virginia.

Parents should not use any products for sleep that haven't been specifically marketed for sleep, the AAP says. New Consumer Product Safety Commission regulations that take effect this week restrict those products to cribs, bassinets, play yards and bedside sleepers – small cribs or bassinets that attach to a bed but allow the baby to sleep separately and without any bedding.

The Safe Sleep Babies Act, signed into law last year, outlaws the manufacture and sale of inclined sleepers and crib bumpers. All products marketed for infant sleep must have no more than a 10% incline. This include inclined sleepers and sleep positioners such as baby nests, docks, pods, loungers, rockers and nappers.

There are also products such as car seats, strollers, swings and infant carriers that are not marketed for sleep, but can still obstruct a baby's airways, causing suffocation. Infants also may roll out of these products and become trapped underneath them.

The AAP says that babies that fall asleep in these products should be moved to a crib or bassinet, where they can lie on their backs.

The guidelines also warn against the use of commercial devices that claim to reduce the risk of sudden infant death syndrome or other sleep-related conditions. This includes wearable monitors that track the baby's heart rate and oxygen levels, which have not been proven to be effective.